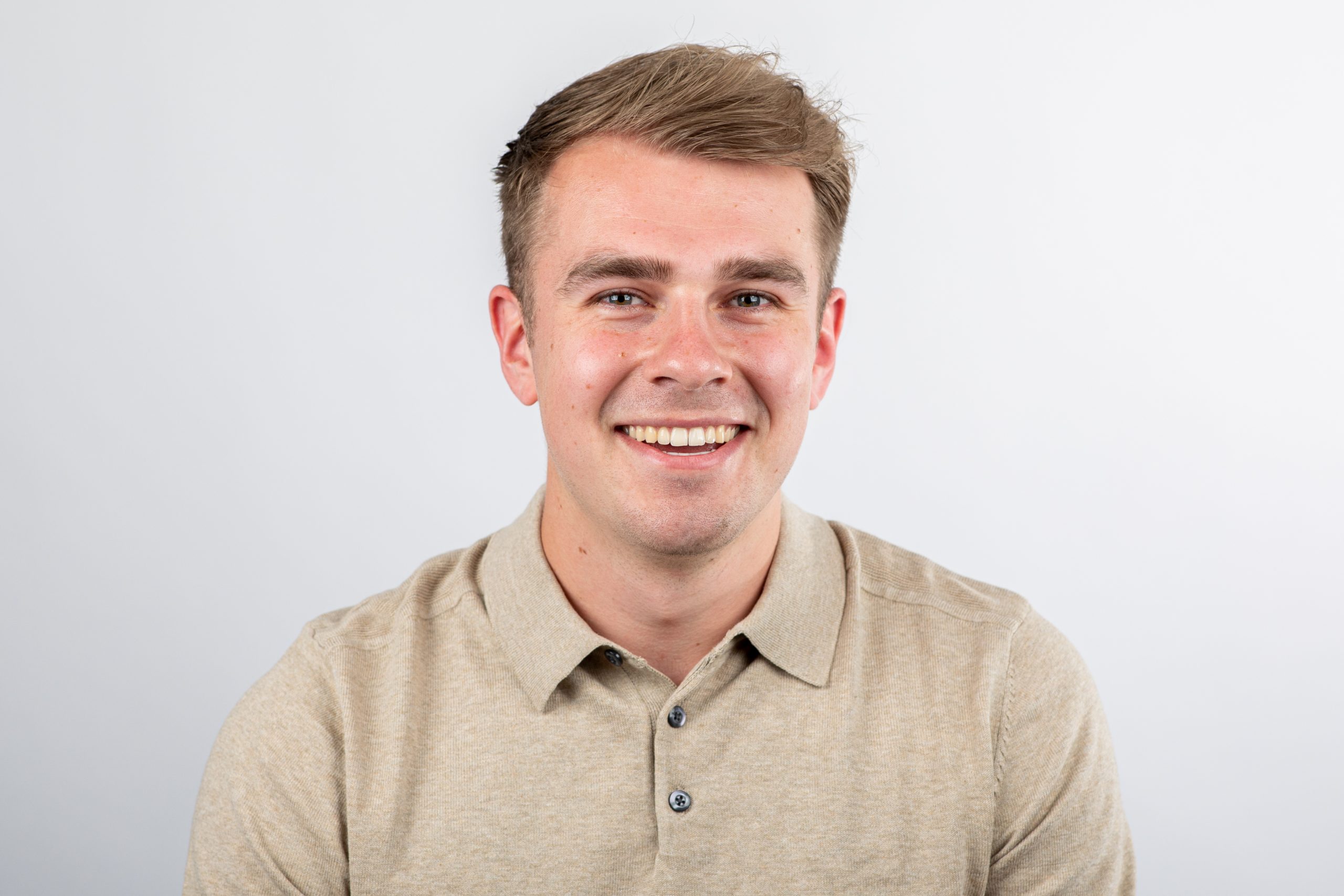 I think it’s best this to start this article with an introduction of Belsimpel. In 2006, 23-year-old Jeroen Elkhuizen, who studied law & philosophy, and 21-year-old Jeroen Doorenbos, who studied Medicine created metjelaptoponline.nl from their student rooms in Groningen. The aim was to bring mobile internet to laptops. Later, in 2008, Belsimpel.nl was created, which was focused on selling mobile phones and contract. Jeroen and Jeroen created Belsimpel.nl because they believed that a complete overview was missing on the market and that the competition focused too much on sales instead of on the customer. Ever since its creation, Belsimpel has experienced enormous growth and is currently the online market leader in the Dutch telecom market. I myself, started in 2019 when Belsimpel was still a lot smaller than it is today and we only sold products in the Netherlands and Belgium. So, I have been able to experience a significant part of the company’s growth with my own eyes. At the moment we already have more than 700 employees and under our international name, Gomibo, we send out packages to 30 European countries: phones, contracts, tablets, accessories, and much more. And we do all this from the Grote Markt, from the largest office in the city centre of Groningen.

Experience as a Part-Timer

During the 3rd year of my study Econometrics, I started working at Belsimpel. I started in the Data Driven Marketing team, where I and a small team were responsible for the online marketing. You may think that marketing does not seem the most logical choice when you think of econometrics, but the words Data Driven indicate how Belsimpel approaches online marketing. This is because a significant portion of sales comes from online marketing. Having more than 600 phones, 15 contract providers, many different types of accessories, and 30 countries result in over 100 million keywords with corresponding advertisements to monitor and maintain. Our team analyses the enormous amount of data available to ensure, for example, that an advertisement reaches the correct person or that we show this advertisement at exactly the right time. Econometrics can play a major role in this decision-making, since you can sell a lot more with the same advertising budget when you spend the budget wisely.

The online advertisements (ads) are organised via an auction system. Any party that wants to show an ad submits a bid in the auction and the highest bidder gets to show their ad at the top of the page. Besides wanting to offer the most competitive prices, you also want to be smarter than your competitors in order to sell your products. As a result, there is a great need for data-driven solutions in the mobile phone market, where there is a lot of competition. Thanks to my study of Econometrics, I was able to learn a lot here, given that you get to work with and analyse large data sets. There is too much data to process manually, which creates the need for big data solutions.

An example of a project I worked on as a part-timer was connected to “remarketing”. The goal of this project was to find out if it is profitable to increase bids in the auction for potential customers who have already visited the Belsimpel website. On the one hand, they are more likely to come back and buy a phone, because they already know us. On the other hand, there is a chance that they would come back anyway, even if you don’t spend extra money on them. Will spending extra money on these potential customers result in more profit? Questions like these are difficult to answer, since you cannot know what would have happened if you had used the other strategy. This is why we also wondered how we could make sure that we had an accurate method to measure this.

Belsimpel is part of the Gomibo Group. It is by far the best-known company of this group, but the Gomibo Group consists of more businesses and products. Often these businesses arose from Belsimpel needing a solution to a problem which did not exist in the market. Having the expertise to develop the missing solution and the desire to do everything internally, results in us creating the solution ourselves. KeyPer is an example of this. Among other things, this system manages millions of keywords for online marketing and makes it possible to monitor the performance of online advertisements. Another example is the company Verifai, which fights identity fraud, and Tulip Assist, an insurance company that is unique in the mobile telephony market due to product specific pricing. All these companies are fully developed, in-house.

Experience as a Full-Timer

During my studies, I was given the opportunity to write my master’s thesis at Belsimpel about a Tulip Assist issue. Considering that I am now working full-time at Tulip Assist to make sure that its growth is equally to Belsimpel, it is safe to say that I really enjoyed it. I am a Data Scientist, which means that I do a lot of research to solve difficult problems. My main focus is Tulip Assist, which was a good fit with my Actuarial Studies track in the EORAS master. This means that I mostly deal with issues related to insurances and less with the selling of phones.

Because we are growing quickly, I am working on major issues such as: Do people who buy a phone case file less claims? How many more insurances will you sell if you lower the premium by one euro? We found that the mobile telephony insurance market behaves very differently from other insurance markets.

We expect that this may be caused by mobile phones being very cheap compared to a car or a house; (some) people handling mobile phones with less care after a while, or by people buying a new mobile phone much more often than, for example, a car. This resulted in us having to develop completely different models than those currently available in the insurance market. For example, in our model it must be possible to include a time factor to take into account the changing customer behaviour during the duration of an insurance. As a result, the existing models had to be discarded that, for example, fit a gamma distribution to the claim size or a negative binomial distribution to the amount of claims. As a Data Scientist, I can work on all these projects, which makes the work interesting and diverse. The great thing about a fast-growing company like Tulip Assist is that these projects often have a lot of impact, giving you the feeling that you are doing useful work.

The flat structure of Tulip Assist and Belsimpel gives you the opportunity to do much more than just sit at your desk and do research all day. Because we are growing so quickly, you are sometimes asked to think about bigger issues. For example, you can suddenly end up in a meeting with one of the directors (within Belsimpel we just call them Jeroen and Jeroen) to draw up plans to bring in a large customer.

Fortunately, there is also plenty of time for other things. In the paragraphs above, I tried to give you an impression of the normal day-to-day work as a Data Scientist at Belsimpel. Besides being passionate about research and developing new tools, working as a Data Scientist entails much more than just the day-to-day work itself. Besides being involved in exciting work, there are also many social activities. For example, there are afterwork drinks every Friday, you can rent the Belsimpel boat (sails through the canals every day), join a weekly bootcamp, participate in the ”4 Mijl” with your colleagues, and attend one of the company festivals organized throughout year. This brings an extra dimension to my work enjoyment, so I always try to attend all activities.

So, as you can read, I am very happy with my decision to start working at Belsimpel during my studies. I can definitely recommend it, especially if you’re further along in your studies. When you’re interested in working at Belsimpel, you can always check out werkenbijbelsimpel.nl or just send me a message on LinkedIn.

← Previous: Rising inflation and the Taylor Rule Next: Tornado Cash → 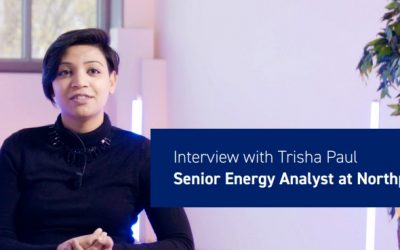 “If you want to grow in your career, you should join Northpool”

Trisha Paul has been working as an Senior Energy Analyst at Northpool for five years now. She started straight after her study at TU Delft. "It was quite a shot in the dark from India but I was 22 years old so why not? I did my masters in climate economics so moving... 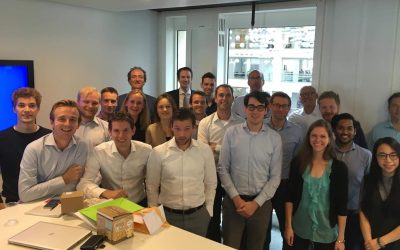 Working as a Quantitative Risk Analyst at Aegon

In the Netherlands, insurers pay out approximately 200 million euros to individuals and companies a day. Additionally, the total assets reserved for pensions amount to more than 1400 billion euros a year. Hence, it is safe to say that the world and work of insurers...