The beauty behind differential equations 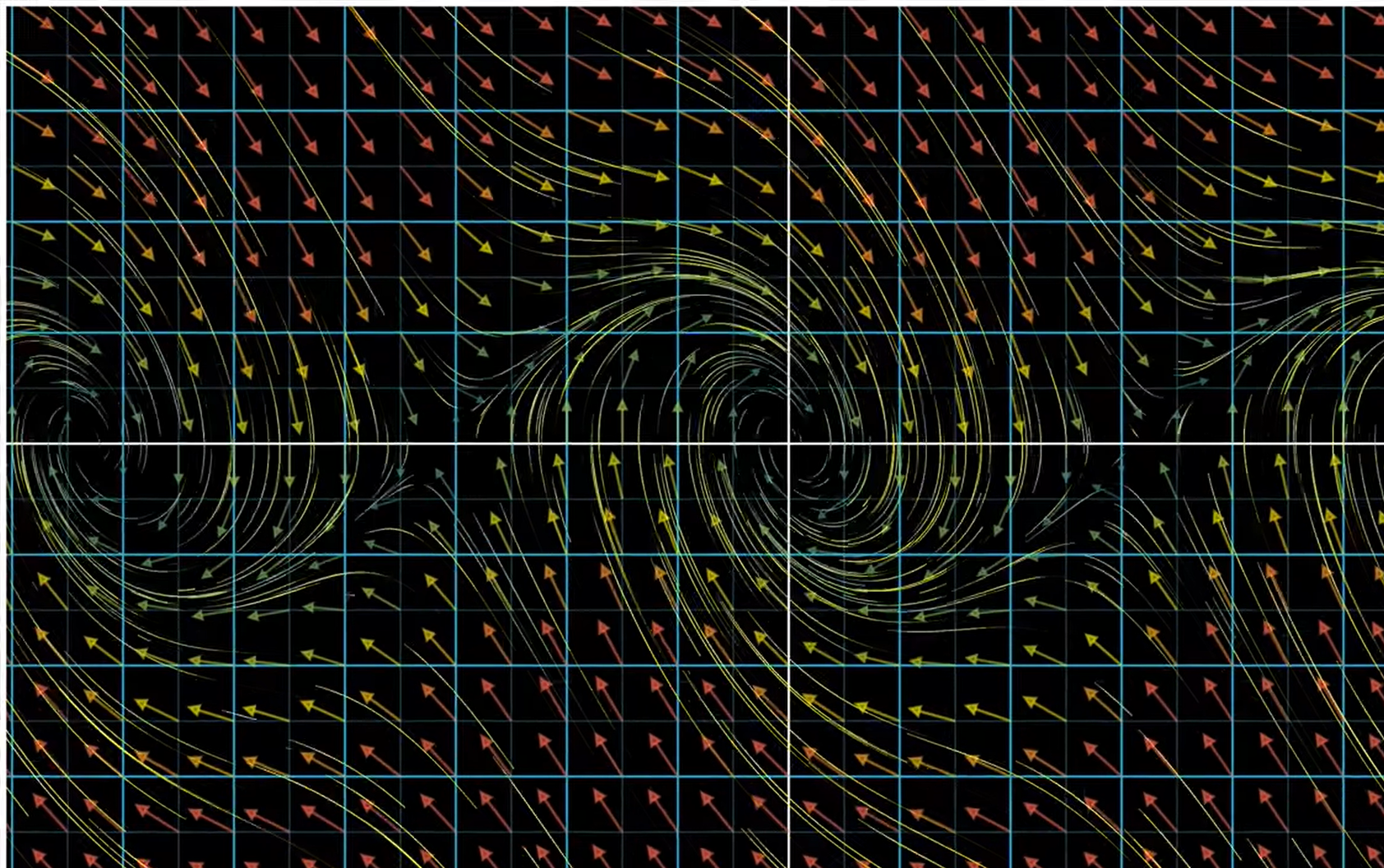 What is a differential equation?

This is called Newton’s second law of motion. It describes how the total sum of force vectors equals the mass of the object multiplied by the acceleration of that object. What we actually can do with this, is make a differential equation out of it. As acceleration is something that evolves over time we can rewrite that law as:

Thus our variable acceleration can decrease or increase over time. However, notice that when we integrate acceleration we get the speed of the object at time

. Furthermore, if we integrate the velocity of an object we get the place of that object at time t. So if we first integrate both sides once we get:

is the initial velocity of the object.. Now integrating both sides again results in:

is the initial position the object starts. So actually knowing only the position of the object over a specific time period is enough to calculate the sum of its force vectors. Therefore we also know its velocity and acceleration through this time period. However, notice that the initial values of position and velocity can be any real number. Thus we have multiple equations that will satisfy these differential equations.

is a real number and

is the given temperature at a given place in time. To actually solve this equation is really hard. As this is beyond the scope of this article we will try to focus on the one dimensional version of the heat equation.

Imagine holding a rod that is very hot in one end and very cold on the other. Over time the temperature will distribute itself through the rod. So the hot end becomes colder and the other end becomes warmer. To put this in a partial differential equation we need to first establish some intuition of what will happen. 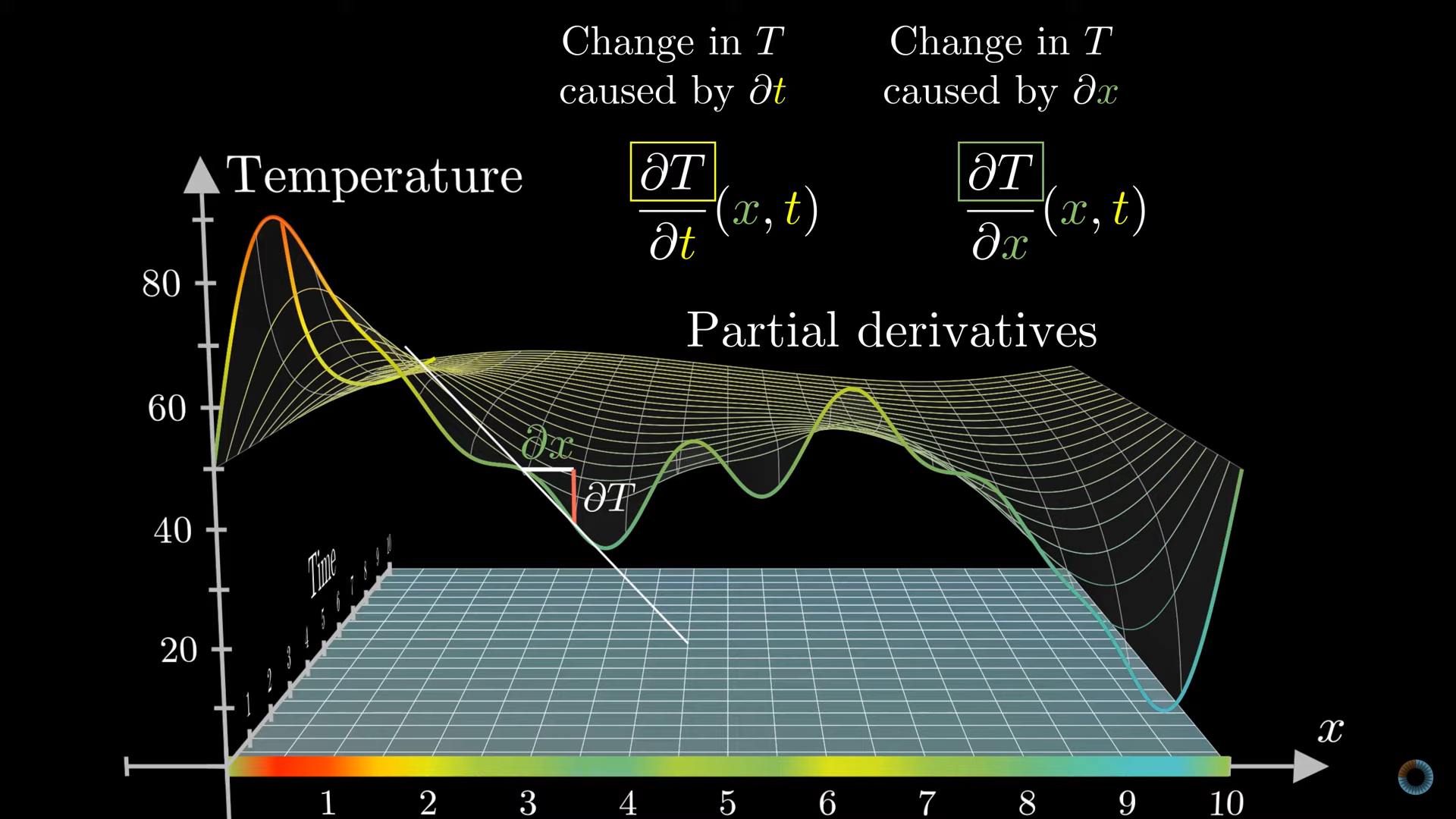 To explain this equation, the change in temperature over time is equal to the change in space. More specifically, the second derivative with respect to

. This is because a second derivative by definition explains the curvature of a graph. Since, we intuitively expect the temperature to change faster where the “curvature” of our graph is “curvy”. To give an illustration: 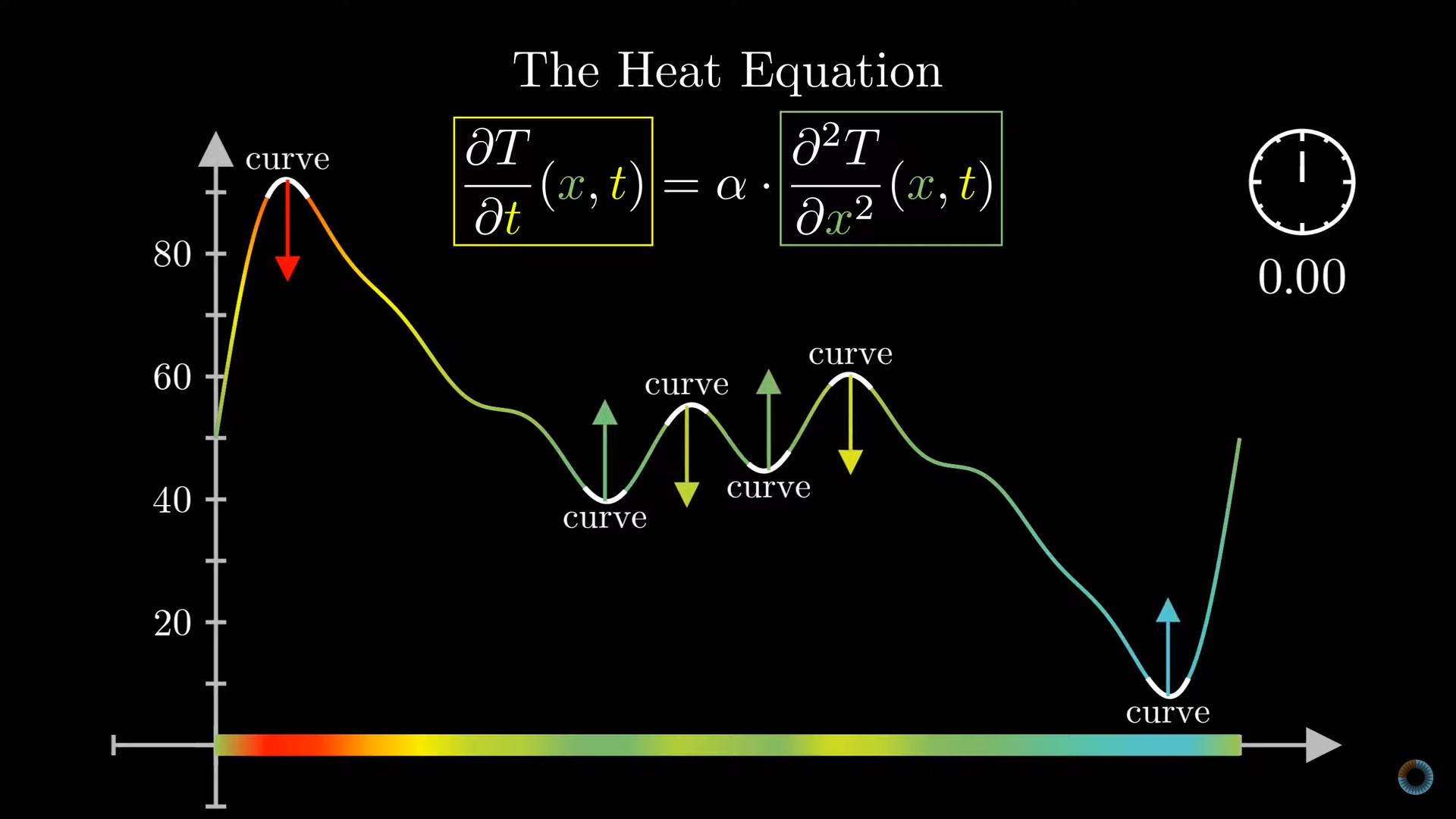 Here we can see that at the point where the temperature distribution curves the most, the temperature is more likely to change very quickly there. This is why we take the second derivative with respect to our space variable. This is also the case for the three dimensional body.

Now that we understand the meaning and intuition behind differential equations, we can now see what kind of applications there are. A famous model in the world of finance that broadly explains the prices of options is the Black-Scholes model. The financial insight behind this formula is that one can perfectly eliminate risk when buying or selling options, given that we have a frictionless market. This implies that there is only one correct price to buy or sell options according to the formula:

It is not a straightforward formula and the intuition behind it is beyond the scope of this article. However, the main point here is that even the most complicated systems like financial markets can be brought down to a very elegant formula that can actually explain a large proportion of a certain system. This is the beauty behind differential equations.