The winners of the Nobel Prize in Economics 2021 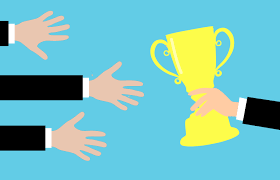 On the 11th of October the Nobel Prize in Economics was awarded to David Card, Joshua Angrist and Guido Imbens “for their methodological contributions to the analysis of causal relationships”. Loosely speaking, these researchers are looking at ways to address several relevant problems in society, such as the effect of education on wages or the effect of immigration on employment levels. However, problems arise as there usually are no comparison groups, i.e. we do not know what would happen if the event would not have taken place.

The contribution of Card, Imbens and Angrist

One major part of the economy is the labour force. It is of course necessary for production and thus one of the key building blocks of theory in all economics textbooks. Thus, it is key to understand its foundations. For instance, whilst most economists do not agree on anything, most of them would agree that imposing a minimum wage would lower the amount of jobs. However, David Card showed in his paper from 1993 with the late Alan Krueger that this is not necessarily the case. Using a natural experiment with data from fast food industries in New Jersey and Pennsylvania, he found the opposite result! Furthermore, he also looked at issues regarding immigration and education. For instance, one of his findings is that years of schooling is a very important factor influencing future earnings, contrary to previous research.

The beauty of natural experiments is that it gives researchers direct insights into the behaviour of agents in the economy. The downside, however, is the limited external validity. For their work on this aspect of research, the Dutchman Guido Imbens (who sadly did not go to the University of Groningen) and Joshua Angrist got the other half of the prize. Their work highlighted a very important shortcoming of empirical research, namely that the causal effects found by empirical researchers are only valid for a specific part of the population. In Imbens and Angrist (1994), they introduced the concept of a Local Average Treatment Effect (LATE). What this means becomes more clear when we look at an application.

Should econometricians forget about the theory and only look at data?

As said before, Imbens and Angrist argue that we should be very careful with extrapolation of results. In one of his articles, Imbens even went as far as to say that we should not put any restrictions on our data and that the LATE is all there is to gain from research. However, several previous Nobel Laureates such as Angus Deaton (who got the prize in 2015) and James Heckman (2000) argue that we can and should learn a lot more from data by extending the analysis to more theoretical models. It remains the question whether more theory is better as wandering from the data by constructing complicated models can be troublesome.

I hope this article gave you some new insights into the more practical side of your studies. Prominent researchers apply the theories discussed in our studies to important problems and society benefits from this a lot. So, pay more attention during your Introduction to Econometrics or Microeconometrics course as one day you might have to analyze the labour market in the Netherlands yourself!

← Previous: Why do we feel as though our friends are more popular than us? Next: Is math discovered or invented? →