How to build a monopoly 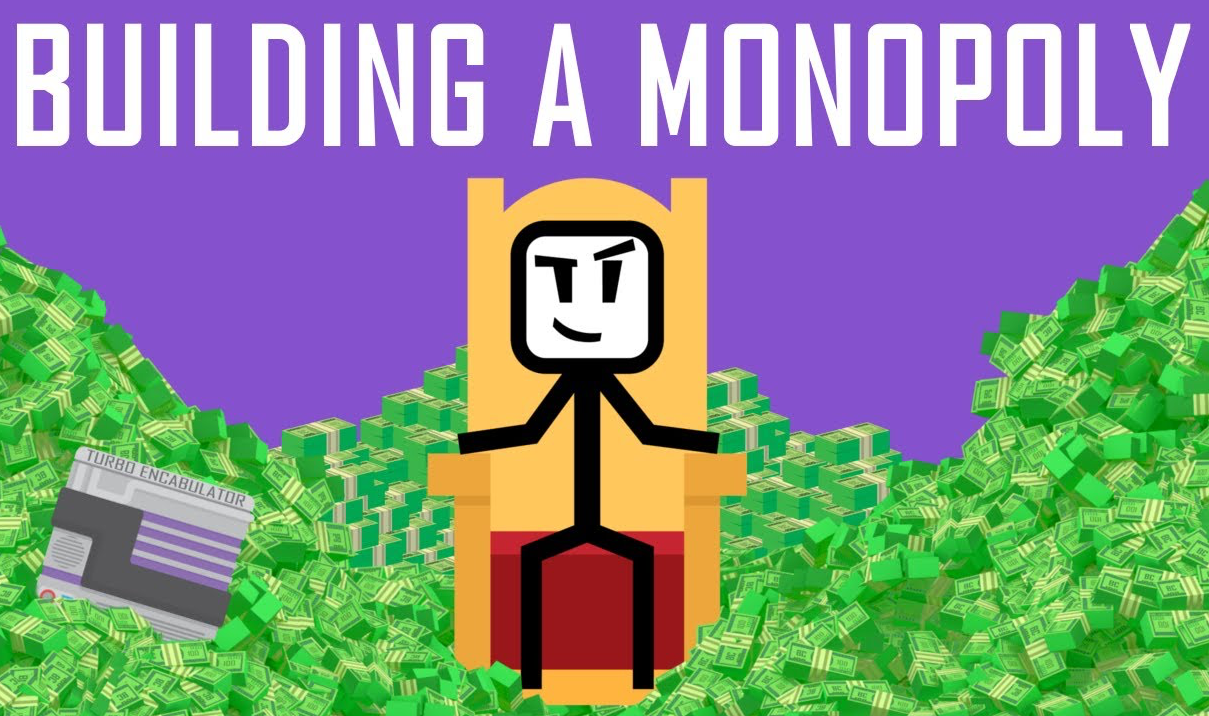 The story goes that Thales of Milete, the Greek philosopher, wanted to disprove the claim that philosophers don’t know how to make money. He therefore used all the money he had to buy all available olive presses right before the harvest. After this, he could rent them out at a really high price when demand peaked. This became known as one of the first examples of a monopoly.

Everybody strives for progress in one way or another. A baker wants to bake better breads, a supermarket strives to get more customers and an airport tries to get more flights. These ambitions all originate from the same concept: horizontal progress. This consists of making something that already exists better. It doesn’t really matter how, since there will always be others providing your service or developing your product better or cheaper. In order to build a monopoly, you need vertical progress: creating something that wasn’t there before. You will never get a monopoly on the fastest car, but perhaps you would on the first flying car. The reason of horizontal progress being hard to monopolise is competition. Take the commercial aviation for example. This industry is packed by competitors fighting for the most customers, driving the price of a plane ticket down. As a result, in 2013 the average net income per person was only 4.13 dollars. In other words: over 707 billion revenue for all airlines, this resulted in only 13 billion net income.

Compare this to a small modest company from the modern age of which you might have heard: Google. In 2013, they earned about the same amount as all airlines together, over a revenue of only $55 billion. We should ask ourselves whether Google truly is a monopoly. In Australian Competition and Consumer Commission v Metcash Trading Limited [2011] FCA 967, Justice Emmett provides a summary of the traditional understanding of monopoly: “In a classic monopoly market, there is only one seller, usually with significant discretion over price. A firm that has no significant competitive constraints on its pricing discretion will be regarded as having monopoly power or significant or substantial market power.” This definition suggests that Google indeed is a monopoly, as the company owns 89% of the global search engine market. They’re also active in the global advertising market and in the global IT business. However, their side adventures, such as Google Fibre and Google phones are as much a defensive mechanism as they are attempts to innovate: instead of bragging about how stupid Bing is, they remind the people how great Google is by showing their new self-driving car.

Economy 101 courses often describe a system with full competition as the ideal state. However, in his essay Competition is for losers, Peter Thiel highlighted the benefits of a monopoly market by arguing that competitive firms are too busy worrying about their day-to-day survival to think about effecting any sort of widespread, radical change. For a monopolist, it is less risky to drastically innovate and use the possibilities that our dynamic ever-changing world creates. Using these possibilities, you can build a creative monopoly: instead of overtaking a market that already exists, you create a new one. You can do this by solving a problem that a lot of people have. The difficulty here lies in the fact that most of these people often don’t even know that they have this problem. After all: people in the nineteenth century lived perfectly fine without cars, as well as people only twenty years ago without a smartphone. So, what are the necessary three steps of building a creative monopoly?

Step 1: get your hands on copyrighted technology

Since innovation is the mother of all creative monopolies, it is important that others can’t replicate your products easily. In the general case, you need to outplay possible competitors by at least an order of magnitude before you can overcome them. Some of the biggest companies have done exactly this. For example, Amazon offered ten times as many books as any alternative. Of course, the best way to fulfill this first step is to create something entirely new. In this way, at least initially, you don’t have any competitors to worry about.

A monopoly should become stronger the larger it gets. Otherwise, the copycats that will inevitably arise will overpower your original idea. This step shows why it is so hard to monopolize a service. Suppose you start providing exam training for students in Groningen with a team of very smart and enthusiastic econometricians. Although your team could be seen as the most capable of all exam trainers, they can still only help so many students at once, giving room for other exam training companies. On the opposite side of this spectrum lies software. This might be the most efficient way to achieve a monopoly, as every new copy of your product is only one click away.

Achieving economies of scale is even more important if the value of your product relies on people using it. Take Facebook as an example: people nowadays are pressured into having a Facebook account, as almost everyone has an account and a lot of social interactions and events take place via this platform. If none of your friends were on Facebook, you wouldn’t be compelled to do so as well. This is called the network effect. The problem of creating a network effect is to get the ball rolling initially: your network must provide some sort of value to its users regardless of its size. Therefore the best way to achieve a network effect is to counterintuitively start in a very small network. After all, Mark Zuckerberg initially created Facebook just for him and some friends, not for all of mankind.

The final element consists of advertising, marketing and sales. As you are trying to convince the people that you have solved their problems, so are many others using other solutions. In order to convince them that your solution is the best, you need a distribution strategy. It is important to find where people’s preferences overlap, and use this to your advantage. Some companies have also managed their distribution by becoming a government-granted monopoly. In the Netherlands, for example, Holland Casino have established themself as a monopolist by becoming a state company, being the only legal provider of casino dealer games.

There is a big difference between building and maintaining a monopoly. As Thales of Milete showed by buying all oil presses before their demand was high, you can become a monopolist by assessing the needs of your target group. However, this strategy wouldn’t work year after year, as possible competitors would adapt to this and be prepared the next time. This shows that if you don’t alter or improve your product or service, it will eventually be replaced. Therefore, innovation is the key to becoming and staying a monopolist.

← Previous: Rebus of Econometrics meme Next: Not so cheap tricks →