Innovation in the financial industry 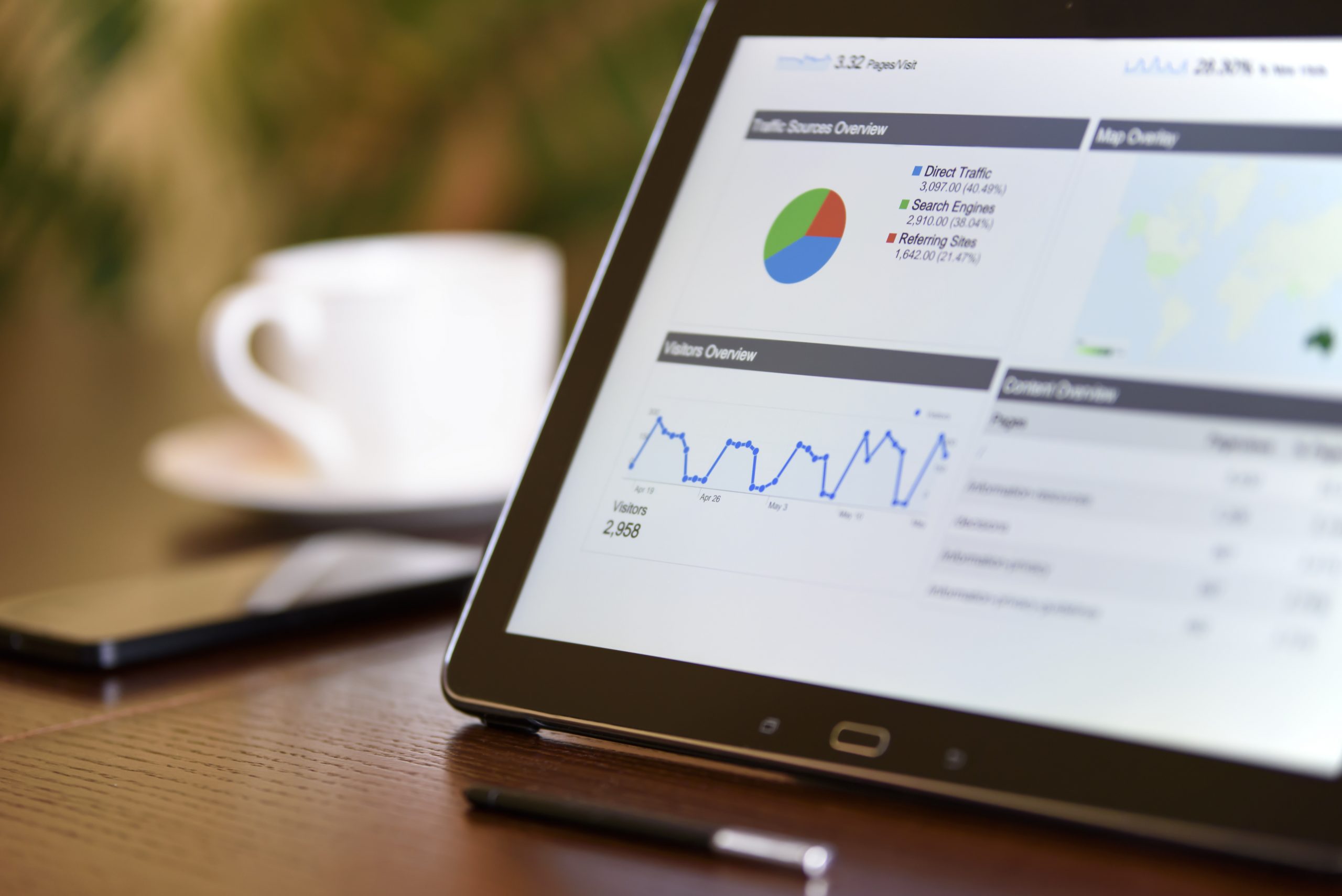 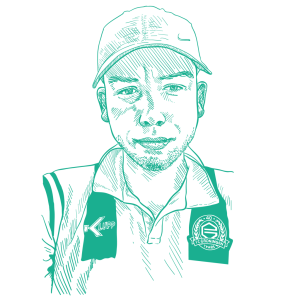 The price of a Bitcoin recently reached the value of 1250. It is the highest level Bitcoin has ever achieved. The value of the virtual coin has risen with almost 300% since the beginning of 2016. Bitcoins profit from economic uncertainty and financial repression. The relatively new currency gains popularity, since it can be traded without a financial intermediary.
At the moment of writing, there are approximately 16 millions Bitcoins that circulate on the internet, which is over 75% of the maximum possible 21 million Bitcoins. Without going in too much detail, 21 million is chosen by Satoshi,  and although we can decompose this 21 million (amount of blocks * sum of block rewards), nobody really knows why he has chosen this number. However, the fixed maximum number of Bitcoins does not mean that at 21 million bitcoins the currency value stops increasing: Bitcoins are infinitely divisible.
Since the introduction of Bitcoin as a currency, its price has risen from 0.07 in February 2010 to an price of over 970 in November in 2013 (admittedly it has fallen to under 235 in August 2015, but has risen since that to a value of 1250, as mentioned before). Experts give a couple of reasons for its popularity; it is widely used by a broad scala of users and there is an increasing number of places where it is an accepted means of payment. Furthermore, it is a safe currency, which doesn’t need an financial intermediary and on next to that it’s steadily appreciating since August 2015.
More interesting for this article is that it is an innovating, digital currency. Bitcoins are a perfect example of how new financial technology (or FinTech) can influence the financial industry. The financial has proven to be, at least, not perfectly efficient, however to what extent does FinTech help the financial industry and financial systems to change?

(where b= user credit, m=liquid assets, kt = issued equity)
He then divides to the income of financial industry by the quantity of intermediated assets.

.
If we plot this measure over the previous 130 years we see that the unit cost of financial intermediation stays around 2 percent over the past 130 years, however, Philippon mentions, this measure has to be adjusted for the quality of the intermediated financial assets. If, for example,  a loan to poor family or cooperation, this particular loan needs more attention than a loan to a financially strong household or firm and is therefore more costly. If we take into account the quality of the assets, the total figure represented by the intermediated assets increases, and therefore the unit cost of intermediation decreases, but still remains far from optimal or in line with the technological developments and efficiency improvements during the past decades.
If we subsequently take at look at the relative wages in the finance industry, we find that the wages in the financial industry relative to overall wages experienced a large increase during the 80s and almost did not get harmed during the financial crisis in 2008 staying at approximately 1.8 times the overall average wage. This is partly due to the fact that low-skilled jobs were largely substituted by machines and partly due to the hiring of brains by the finance industry. Moreover, we find that the amount of jobs in the finance industry did not shrink as much as in other industries, during the late financial crisis. This leads us to believe that the financial industry doesn’t become more efficient.
Furthermore, if we consider the impact of the size of the credit market on growth, we find a link between finance and growth, according to Philippon. That being said, the size of the credit market on itself does not explain growth, however, a large credit market suggests above average capital allocation, which does have a direct positive impact on growth.
Nonetheless, innovation in the finance industry remains the main driver of the growth in that particular industry and the question remains, why doesn’t this innovation and growth translate to the end-user (the regular citizen)?
As said, the overall efficiency of the financial industry is not improving. This is constant unit cost of intermediation and the increasing gap between social welfare and private returns leads us to believe that there is room for improvement in the finance industry. If we observe the finance world we see that there has been a large number of mergers and acquisitions and the number of large financial institutions has decreased. However, the amount of capital hold by the eight largest firms has increased with over ten percent from 22.3 to 35.5. These consolidations happen, because institutions want to acquire the too-big-too-fail status (TBTF-status), since the rents for players in the finance industry are high and there are large TBTF subsidies.

Summarizing, we know what is ‘wrong’ with the finance industry and in our current perspective, we know what we want to achieve. What rests is the how. The previously described distortions, such as oligopoly rents for large institutions, are one of the reasons that the innovations in this industry do not translate to the customer.
Another reason is that it is actually hard to come up with a set of regulations, such that the end-user experiences the decrease in unit cost of financial intermediation. Philippon puts forth regulating of systematic risk as an example. Should we regulate by function or by entity? Furthermore, stricter rules can have an counterproductive impact, evidently because institutions would seek ways to shift certain profitable activities outside of the regulated system. But foremost, nobody really knows how a perfectly safe financial system looks like.
This suboptimal behavior of the finance world has been going on for a while now, due to zero-sum games, lack of competition and high entry barriers. Moreover, we genuinely do not know which changes we can bring to regulations, such that the system solves its distortions, which brings us back to the main question: to what extent can FinTech help the finance industry to change?

A while back, Casper explained here how blockchain could change our lives. Blockchain is an example of FinTech and how it helps solve flaws of the current financial system. Philippon proposes an entire new system which should restrain incumbents from making the same mistakes as in the current system. He argues that a FinTech startup has an advantage, since it can use the knowledge of its users, which acquired their knowledge in the current system.
Furthermore, it is safe to say that most of us know that (short-term) leverage significantly contributed to the financial crisis. Leverage on its own can be a blessing, provided that it provides incentive, but most of the time it is a burden, due to bad design or regulatory arbitrage. Since leverage is so embedded in the current system, we generally believe that leverage is necessary to fuel a financial system. However, FinTech on itself shows that there are several low-leverage solutions for a financial system and is far more equity supported. Thus, regulators need to provide the right incentives for FinTech such that it prevails from excess leverage and TBTF-status.
To answer the main question: FinTech provides an opportunity to rewrite the conditions of the financial system. Yet, it needs to regulated properly:
First of all, new entries should be possible and promoted at all times. This helps the system to remain cost efficient, due to competition and lower rents for incumbents. Secondly, due to the mechanisms behind blockchain, FinTech has the opportunity to stay low leverage, because it lacks the need of payment accounts and financial intermediaries as a whole. Thirdly, regulators should strive to keep blockchain open and prevent incumbents of the current finance system from acquiring FinTech firms, for the same reason. Lastly, regulators should reward high equity ratios to improve entry barriers, and next to that they should also refrain from providing tax advantages for debt, to prevent the new FinTech system from becoming its malicious predecessor.
This article is based on the findings of the paper of Philippon: The FinTech Opportunity (2016) explains more about this opportunity.

This article was written by Tim van Wilsum