The coronavirus recession: the mother of all financial crises 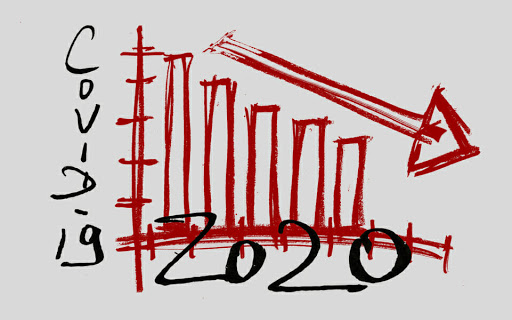 The coronavirus crisis can be described as a generation conflict between the boomers and millennials. Sander Schimmelpenninck, a Dutch journalist, explains that it is logical that virologists may be the most important counselors nowadays, but the younger generations have to pay the bill for this economic downturn and don’t let anything hear from them. The millennials should realise that this crisis has big consequences. It may even have bigger consequences than the credit crisis in 2008, such as a double recession. In this article, I give an overview of the economic impact of the coronavirus.

The coronavirus recession, also known as the Great Lockdown, is inevitable, according to the Netherlands Bureau for Economic Policy Analysis (CPB). The question is how deep the recession will be and how long it will last. As long as there is social distancing, normal business is not possible. And what is normal now, doesn’t have to be normal anymore.

The CPB has analysed four scenarios of the development of the economy due to the coronavirus in 2020 and 2021. These scenarios are based on the duration of the restrictions on social distancing and the severity of the economic impact. All scenarios involve a recession and in three of the four, the contraction will be worse than it was during the credit crisis in 2008.

In the best-case scenario, the virus outbreak will be under control in three months such that the restrictions are not necessary anymore. In this case, the economy will shrink by 1,2 percent and will be recovered in the third quarter of 2020 after a short but substantial dip. The unemployment rate will then increase with 0,6 percent. In the worst-case scenario, the restrictions are hold for 12 months and the GDP will decrease by 7,7 percent in 2020 and 2,7 percent in 2021. The recovery of the economy will take a year and additional problems will arise in the financial sector and abroad. Therefore, the unemployment rate will peak in 2021 with 9,4 percent.

Due to a decreasing economic growth, household spending and producer output fall sharply. This has influence on the profitability of companies and the employment, which in turn has impact on the household income. The numerous support measures of the government, such as deferral of tax payments, corporate loan guarantees and income support for self-employed workers, are crucial to save the household income and prevent companies that were financially healthy become bankrupt. This is important for preventing both a downward spiral and permanent economic damage. The Central bank have also taken measures to give companies more liquidity. However, these measures taken by the government and the Central bank will only partially soften the hit.The profits of companies will decrease and unemployment will rise.

Less faith in the economy

The restriction measures taken by the government have a significant impact on the ability of households to spend money. Next to a decrease in income, many recreational facilities and shops have been closed and numerous events have been canceled. Now there is a shift from physical stores to online shopping and some expenditures, for example on clothing and home furniture, are postponed.

The uncertainty of the impact of the corona crisis will decrease consumers’ willingness to buy. Households may remain risk-averse and therefore they will save more money instead of spending it. Even if the economy will have a quick, robust recovery and life will snap back to normal, the psychology won’t just bounce back. Consumers’ willingness to pay will recover slow and some behavior patterns may change, which may cause a slow recovery of the economy.

The same holds for the willingness to invest by companies. Some companies make emergency investments, for example in home working systems, but most companies are investing less due to a sharp fall in demand. The fall in demand comes from the fact that more countries are suspending activities, more companies are closed and consumers spend less. Companies will make new investments when the economy is recovering again.

The recovery of the economy will be long and deep. Consumer demand is unlikely to return to the pre-crisis levels immediately when the restrictions are gone. According to the Economist Intelligence Unit (EIU) the upcoming recession could be followed by another downturn, due to the debt crisis from governments with weak balance sheets. This would result in an double recession. World governments are spending a lot of money to save their economies, while the sovereign debts become sky-high. The long-term impact of this growth of fiscal deficits across Western countries is unknown. Nonetheless, there is no direct risk to the level of Dutch government debt. In 2019 the Dutch government debt was below 50 percent of GDP for the first time in almost 12 years. According to the CPB, even under the worst-case scenario, by the end of 2021, the debt will be 73,6 percent of GDP, which is still far removed from levels identified as risky in the literature but above the European budget standard of 60 percent. Fortunately, the Netherlands has a favorable starting position to deal with this crisis. But is this enough?

To conclude, despite the measures of the government, the profits of companies will decrease and unemployment will rise. The fall in demand causes a decrease in the willingness to invest by companies and the economy will recover slowly due to the low consumers’ willingness to pay. On top of that, there is a chance of a double recession caused by the high government debts.

One thing is for sure: the longer the crisis continues, the greater the economic damage will be. We just recovered from the credit crisis in 2008 and it is almost for sure that this recession will become worse. If this coronavirus crisis goes on for a while, it will be the mother of all financial crisis.

← Previous: The Duisenberg Pranksters Next: Neuralink, our new future? →