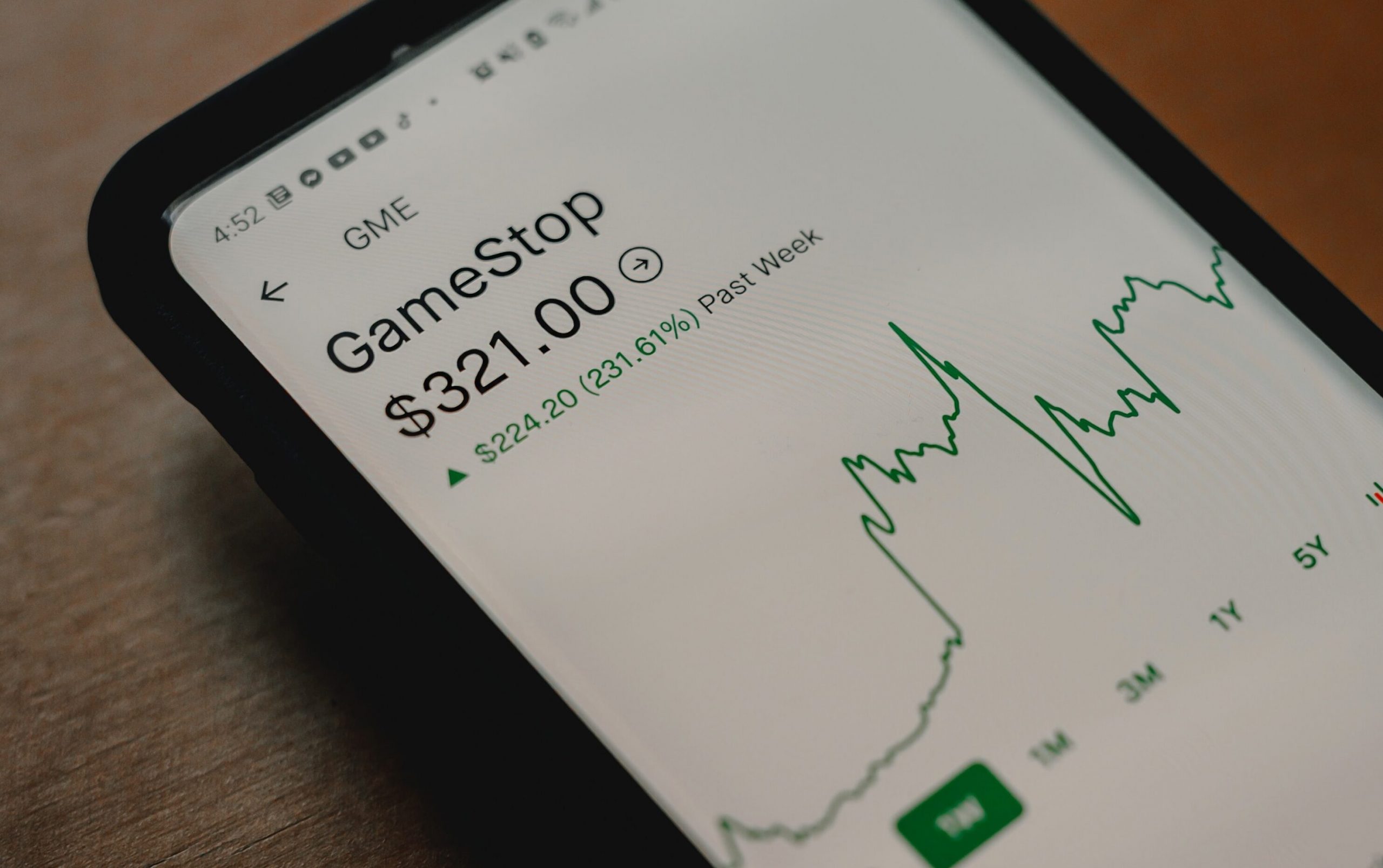 You’ve probably heard of Reddit before. It is a social media platform consisting of a network of communities, called subreddits. Most people tend to use Reddit to post messages and share content with each other. Last week however, members of the subreddit r/wallstreetbets all helped raise the stock of Gamestop, a struggling American videogame retailer, from 20 dollars to a stunning 480 dollars. This resulted in huge profits and losses, and overall a very volatile stock market. So, how did a group of redditors manage to dominate the stock exchange?

First, let’s explain what happened last week. Some members of r/wallstreetbets noticed that there was more short selling of Gamestop stock (GME) by hedge funds[expand title=”hedge funds”] A hedge fund is a pooled investment fund that makes use of complex trading and portfolio techniques that also come with a higher risk [/expand]than the amount of existing stock in the market. Short selling of stock means that you borrow stock from someone, sell it immediately and then buy it back later. The newly bought back stock is then returned to the original owner. Short selling works very well for stock expected to decline in value, since it can be purchased back for less than originally sold for.

Since the price of GME had been declining year after year due to the increasing sales of video games online, hedge funds saw an opportunity to make money from Gamestop’s struggle. In reaction to the large amount of short selling of GME stock, members of r/wallstreetbets began to invest in this stock. If you take into account that r/wallstreetbets had over 2 million members last week (it has since reached over 7 million), it is not surprising that the demand for GME stock increased enormously. This led to a substantial rise in the stock price of GME. In panic, the hedge funds attempted to buy the short sold stock back to try and minimize their losses, leading to even higher stock prices which caused them to buy even further amounts, continuing this cycle. As a consequence, the stock price of Gamestop reached $480 at its highest point, a record for GME stock price.

While the redditors were celebrating their winnings, the hedge funds were left with losses in the billions of dollars. Big hedge funds such as Melvin Capital Management and Citron Research have already closed out their shorts position on GME in fear of even greater losses. Citron Research has even said that they will no longer short sell, instead focusing on long-term investments in light of recent events. This further highlights the risk hedge funds take when short selling. When the stock price actually increases instead of decreasing, hedge funds are left with huge losses.

Not everyone has been happy with r/wallstreetbets’ stunt though. Trading-app Robinhood decided to put a hold on the trading of GME through their app after the dramatic losses sustained by hedge funds. Robinhood claimed this would protect their users against the then volatile market, trying to protect users from huge potential losses. Their ban on GME stock however seemed to spark the anger of many of their users. The ban resulted in a large reduction in the amount of GME stock being traded. Less trade of GME stock led to lower prices for the GME stock, benefitting hedge funds as they could now buy the short sold stock back at a lower price. Unsurprisingly, users were accusing Robinhood of siding with the hedge funds. Robinhood users argued that enforcement of the ban was intended to help the hedge funds limit the damage instead of protecting Robinhood users, to the great displeasure of many. Robinhood reacted by lifting the ban on GME stock later on, but a limitation on the amount of stock a user can buy remained.

There have also been discussions about the legality of the reddit users’ actions, with even the U.S. Securities and Exchange Commission (SEC) starting an investigation into the situation. The way members had encouraged each other to simultaneously buy GME stock to drive up the stock prices could be seen as a way of market manipulation. By declaring they would go out and buy GME stock, they effectively forced the price of GME to skyrocket. With many redditors being very open about the fact they intended to manipulate the price of GME, there is an argument to be made. The counterargument the redditors are giving is that they bought it because of ‘their love for Gamestop’ or that they are showing their support to Gamestop by buying their stock. With the price volatility of GME stock at present, there will be some concerns regarding the stability of the stock market if these kinds of events happen often.

Although for many the primary purpose of investing in GME stock is to make a profit, or for some just to have some fun, there also seems to be more going on behind some of the reddit investors reasoning. Some of these redditors are using this situation to get some kind of revenge against hedge funds and Wall Street for past events.

One example is a certain redditor by the name u/Space-peanut. In his post he describes how after the housing bubble in the United States burst[expand title=”housing bubble in the United States burst”] In 2007, the U.S economy entered a mortgage crisis, causing financial turmoil all around the world. [/expand], he saw his father lose almost all his belongings, while at the time seeing hedge fund employees drinking champagne in their offices as they looked down onto the Occupy Wall Street[expand title=”Occupy Wall Street”] Occupy Wall Street was a protest movement in New York against economic inequality, corporate greed and corruption. [/expand]protesters. Space-peanut decided to put all the money he had into the GME stock in an attempt to spite the hedge funds, not caring if he loses all his money. There are many similar posts and stories on r/wallstreetbets with people explaining why they take joy in seeing the hedge funds lose money. These people seem not to be driven by a lust for money, but rather a payback for past wrongs inflicted on them or their family.

Despite all the controversy they managed to create, r/wallstreetbets doesn’t seem to be content with their one victory though. After trying to undermine short sellers of Gamestop stock, it seems they have also diverted their attention to different stocks. Members have already invested in other short sold stocks such as AMC, Bed Bath & Beyond and American Airlines. While some see it as a way to get some easy money, for many it is also a way to spite the big corporate hedge funds and even to get some personal satisfaction out of it. Whatever the intentions of these redditors are, it seems like this won’t be the last stock heavily influenced by r/wallstreetbets. It appears that there is a new competitor on Wall Street and they plan on making a big impact.

Kelly,J. (2021, January 29). The Securities and Exchange Commission may look into possible market manipulation made by Reddit day traders instead of the short-selling hedge funds. https://www.forbes.com/sites/jackkelly/2021/01/29/the-securities-and-exchange-commission-may-look-into-possible-market-manipulation-made-by-reddit-day-traders-instead-of-the-short-selling-hedge-funds/?sh=55002bfd6161

u/Space-Peanut. (2021, January 29). This is for you, Dad. Posted on https://www.reddit.com/r/wallstreetbets/comments/l8by2w/this_is_for_you_dad_3rd_repost_please_dont_delete/?utm_source=share&utm_medium=web2x&context=3

← Previous: Is a Ph.D. the right option for you? Next: Democratising the stock market →