What is the price of CO2 and how can YOU change it? 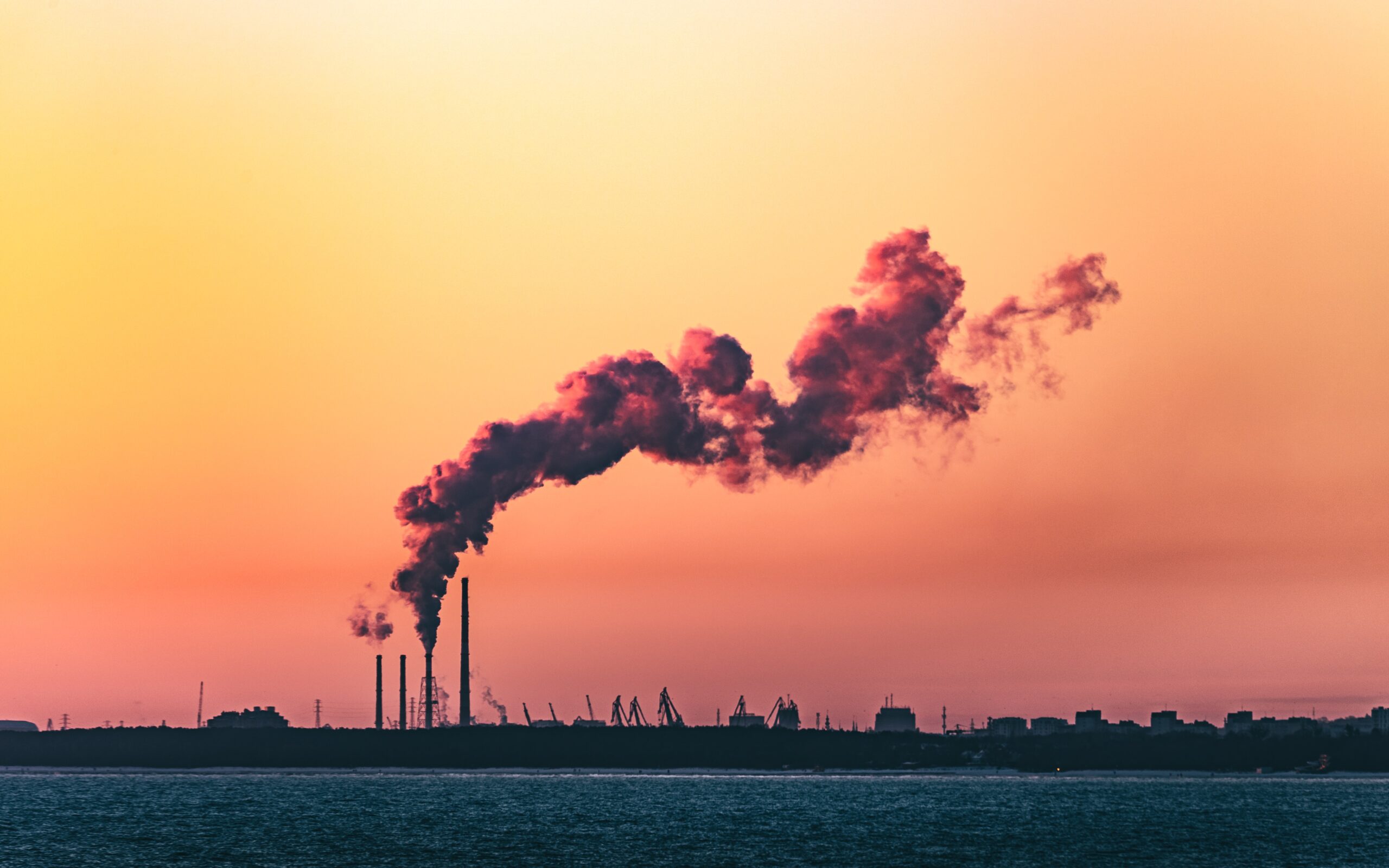 “This is truly amazing news and a gigantic win for the earth, our children and all of us. The judge has spoken clearly: Shell causes severe climate change and will have to end that rapidly.’’ These were the words of Donald Pols, director of Milieudefensie in the Netherlands, after a lawsuit in which Shell was forced to bring back its CO2 emissions by 45% in 2030 compared to 2019. The event is historic: never before had a court forced an oil company to take more action in diminishing greenhouse gas emissions. The judges acknowledged that this decision would have far-stretching consequences for the growth opportunities of Shell as a company. However, they deemed forcing Shell to follow climate goals in line with the Paris agreement and thereby preventing further climate change more important than this. A clear message highlighting the value of CO2, or in this case, the reduction of it. This raises the question: what actually is the exact value of CO2?

The price of CO2 is usually expressed in terms of tonnes of carbon, also called the carbon price. If you happened to accidentally skip all of your chemistry classes at high school: the carbon makes for the ‘C’ part in CO2. But how much is one ton of CO2? To visualize things: it equals 8 months of electricity usage by an average household in the Netherlands or the average emission of one passenger on a return-flight from Paris to New York. To compensate for one ton of CO2, 50 trees need to grow for a year. To start answering the question of the value of one ton of CO2, we need to acknowledge that it depends on what you mean by value. We will first look into what politics think it should be worth, and how the market can derive a CO2 price. So buckle up your seatbelts, and let’s dive into some CO2 reduction theory!

There have been various ways of attempting to force companies to reduce their greenhouse emissions. Globally, two main strategies are used: cap-and-trade policies or carbon taxes. Carbon taxes are quite straightforward: all activities that produce CO2 have a specified tax on them. In this way the carbon price can be determined with a high level of certainty by authorities. However, it does not directly determine the amount of emissions. Exactly the opposite holds for cap-and-trade policies. In this system, a maximal level of CO2 is set that may be produced. Companies are forced to buy just as many permits as they emit. These permits can be bought and sold at free will. As a result, the carbon price is determined by the market and grows when CO2 permits are more scarce. Official institutions that set up cap and trade markets can exploit this feature by gradually decreasing the number of permits each year, thereby driving the carbon price up and creating incentives for companies to emit less.

You’re still there? Good! Let’s see how these systems work out in practice. Carbon pricing initiatives are prevalent all over the world. Among others, carbon tax systems can be found in South Africa and Argentina, while some parts of China and the US have adopted a cap-and-trade program. By far the biggest initiative is a cap-and-trade program set up by the EU in 2005: the Emissions Trading Scheme (ETS). This program regulates emissions from 6000 large, energy-intensive companies. The EU has tried for several years to implement a tax system instead of a cap-and-trade due to its simplicity and the ability to manually set the CO2 price. However, within the EU tax rules can only be changed if all members agree. Some countries, such as Poland who doesn’t want to bring its coal industry into danger, have consistently voted against. Therefore, the EU has settled for a cap-and-trade market. Prices on this market have been rising sharply since the European Union agreed last year to toughen its climate targets, which has increased demand for permits to emit. The current price sits around €50,-. This is much more than, for example, the prices of the Shanghai ETS (~ €5,-) or the RGGI program consisting of a number of states in the northeast of the US (~€7,-).

However, these prices are still much higher than the cost that is paid over most of the carbon pollutions. According to the Effective Carbon Rates report written by the OECD’s Centre for Tax Policy and Administration, around 60% of carbon emissions from energy use in G20 countries remained entirely unpriced in 2018. €50,- for some European companies against €0,- for many others, surely this imbalance can’t be a good thing? The main fear among parties in the EU is that the cheaper prices in other countries will lead companies to bring their production elsewhere with cheaper carbon prices, a phenomenon called carbon leaking. However, up until now almost no Europe sited companies have moved elsewhere due to the higher carbon prices, mainly because of the CO2 costs still being a relatively small portion of their total costs. Additionally, the EU ETS contains many special rules that compensate companies that compete in an international market.

So if carbon leakage is not (yet) the main threat of these low CO2 prices, what is? This of course all has to do with the social costs related to extra CO2 in the air. Extreme weather events like flooding and deadly storms, the spread of diseases and increased food insecurity are some of the disasters linked to climate change resulting from increased CO2 emissions. The social cost of CO2 is a measure of the economic harm resulting from these disasters. Pinning down one number for these social costs is a hard thing to do due to the debate on how much value you should attach to future generations. This value of the wellbeing of future generations is reflected by the so-called discount factor: if this equals 1, it means that we care just as much about future generations than about ourselves. If it equals 0, we are only interested in the present day. The value of the ‘right’ discount factor has been a topic of philosophical debates for quite some time now.

The argument for a discounting rate equal to 1 has been presented most elegantly by Rawls (1971), who states that we should reason behind the veil of ignorance. His idea: when we are evaluating a proposed stream of utilities, then we should not reason from our own position, in time, geographically or from the class we were born in, since this is a matter of luck. Instead, our decision should be based on the decision that we would make before our own position is revealed. The result: the only desirable outcome is one characterised by complete equality. From a Rawlsian perspective, we should evaluate a proposed stream of utilities by looking at the person or generation that is worst off.

Opponents of this perspective base their arguments on the fact that there is uncertainty about the future. Technology is ever-evolving, therefore we can’t make certain statements about the possibilities that will exist 100 years from now. Perhaps future generations will have such easy access to cheap and reliable renewable energy that current CO2 emissions are not too much of a problem.  Or maybe effective carbon scrapers will be developed to clean up our mess (although according to Nobel price winner Nordhaus, it will take quite some time before scenarios like these are realistic. If you want to know more about this, consider reading his book ‘The Climate Casino’). On the other hand, there’s always a possibility that an asteroid hits the earth or a nuclear war causes the end of humanity. Although these last options might not seem very likely to happen, all of these possibilities can be seen as an argument to set the discount factor well below 1.

We can conclude from these debates that pinning down one number for these social costs is not a trivial thing to do. However, in the report Expert Consensus on the Economics of Climate Change (2015), it is agreed upon that $50 per ton of CO2 is a relatively conservative number.

Another way of attaching a value to a ton of CO2 is also related to the social cost of carbon, but results in a clearer outcome. This value corresponds to the aim set in the Paris agreement made in 2015 to limit global temperature increases to 1.5°C. This requires decarbonisation, which means net-zero carbon emissions, by about mid-century (Rogelj et al., 2018; Rogelj et al., 2015). Kaufman et al. (2020) estimate that decarbonising by 2060 requires a carbon price of at least €30,- per ton CO2 in 2025 for the example of the United States. In 2030, the same decarbonisation goal requires a carbon price that is twice as large: €60,- per ton CO2.

As you could have read earlier, except for exceptions such as the current carbon price in the EU ETS, most CO2 emissions face much lower costs than what the social costs or the costs related to the Paris agreement imply they should be. So how to improve this situation? Well, one thing is clear: priorities matter. The more the market (and you and I are part of that) values fighting climate change, the more companies are forced to listen to this. Take the initiative of Carbonkiller for example: they let you buy CO2 rights and subsequently destroy them, thereby taking away the possibility for the industry to emit this CO2. Or you can make a less direct statement by simply choosing a more sustainable investment opportunity over one contributing to more polluting sectors.

And not only the market has a voice in this. The Shell lawsuit has shown a remarkable development. Jurisdiction in liberal countries like the Netherlands is traditionally known for speaking in favor of economic freedom. Now, it has spoken against it, judging that stopping climate change is an even more important goal. This sends a very clear message: it might not be possible to pin the value of CO2 down to a single number, but the value is definitely rising.

← Previous: Music is the perfect workout for your brain Next: Weekend Trip Alternative 2021 →