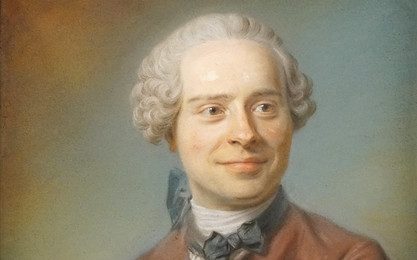 Moving on to PDEs, the classifications are a bit different. Here we first look at whether the PDE is homogeneous or inhomogeneous. A PDE has a dependent variable often denoted by

and a vector of independent variables often denoted by

. A PDE is then called homogeneous if all terms in the differential equation depend on the dependent variable

or its derivatives. If there is one or more terms that do not depend on

A PDE of order

is linear if and only if

and all its derivatives appear linearly in the PDE and the coefficients of the terms only depend on the independent variables. Then a PDE of order

) and the coefficients only depend on the independent variables. Finally, a PDE of order

of order strictly less than m. In all other cases the PDE is called fully nonlinear.

Finally, some examples of PDEs are the transport equation, the wave equation and the heat equation. A more famous, still partially unsolved PDE are the Navier-Stokes equations.

The standard from of an ordinary differential equations is

These are difficult to solve in general. That is why I will only consider some types that are relatively easy to solve and go over the steps required to solve them. First the separable ODE.

Using the derivative a bit naively, we can separate the variables to find

Then by integrating both sides and solving for

Let us only consider the case where all roots are distinct. In that case if we have roots

then the homogeneous solution is given by

and then plug this function into the differential equation and see if the solution works. This method is often referred to as Ansatz.

PDEs are very difficult to solve in general. We often need numerical methods to approximate solutions to PDEs. There are however a few famous types of PDEs with closed form solutions. These are already mentioned above. I will briefly go over the strategies to find the closed form solutions based on initial data.

Here we consider the initial data

. Then the solution to the transport equation is given by

. To check this note that

. Furthermore, we have that

. Here the subscripts mean the derivative with respect to the subscripted variable. Plugging these into the transport equation we see that we have found a solution.

Here we consider the initial data given by

. The famous mathematician d’Alembert found a closed form solution to this problem. The solution is given by

One can easily show that this solves the initial value problem.

The study into existence and uniqueness of solutions

Emile Picard proved the existence of solutions to ODEs. He developed an iterative approximation technique that converges to a solution of a first order ODE based on some initial value. Since, the algorithm converges to a solution this proves that a solution to the initial value problem must exist. With this method Picard also managed to prove the uniqueness of the solution. The method to prove uniqueness of solutions is always the same. You start by assuming that there are two distinct solutions to a given differential equation. You then take the difference of these solutions and look at the implications that this has. If the solution is in fact unique given some initial data, you will find that the difference must be the zero function. This implies that the two distinct solutions are equal leading to a contradiction. This proves the uniqueness of the solution.

← Previous: Impression of the International Programme 2022 Next: The fourth side of a triangle →