The problem that fooled thousands 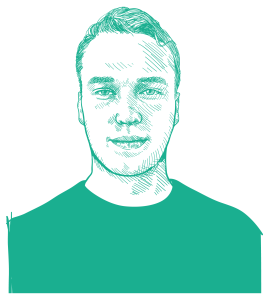 Just like mathematics, winning is fun. And like most things, winning is more fun when the stakes are higher. This might be one of the reasons why the Monty Hall problem is one of the best known mathematical puzzles. In this puzzle contestants can win a car or a goat, seemingly at random. Or might it be possible to beat the house?

The Guinness Book of Records does not keep a record of the world’s highest IQ anymore. But when they did, the record belonged to Marilyn vos Savant, an American woman born in 1946. She worked, among others, as an author, lecturer and columnist. However she is best known for correctly solving the Monty Hall problem in her ‘Ask Marilyn’ column in 1990, a recurring piece in Parade magazine where she would solve puzzles that were sent in by readers.
Marilyn was doing the column for four years when she received the following puzzle:

“Suppose you’re on a game show, and you’re given the choice of three doors: Behind one door is a car; behind the others, goats. You pick a door, say No. 1, and the host, who knows what’s behind the doors, opens another door, say No. 3, which has a goat. He then says to you, “Do you want to pick door No. 2?” Is it to your advantage to switch your choice?”

In the week following the publication, Parade received over ten thousand letters, mostly claiming Marilyn was wrong. Ranging from mathematical proofs of the odds being 50-50 to rants about how she must have been a scam because she couldn’t be the world’s smartest person. Even a thousand PhD candidates wrote to state Marilyn was wrong. Also highly respected mathematicians were sceptical. Paul Erdős, a mathematician with so many collaborations that he has gotten his own distance number, remained a non-believer until he was shown a computer simulation that showed the results were consistent with Marilyn’s analysis. Apparently, it is more than normal to be conflicted. As a matter of fact, most people reject von Savant’s claim when they first hear the solution to this problem.

The fact that the host knows which door is the winning one is the essential feature. Consequently, unlike people, not all doors are created equal. Some information about the doors is inherently revealed. In order to illustrate this, we will first modify the game, before we return to the original problem.
Let’s assume you play a game show where the host has an envelope with a random number from the range 1-100. If you get the number correct you win a car, elsewise, if you get the number wrong you win a goat. You pick a number, let’s say 42. The host knows what the correct number is and he tells you that the correct number is either your number 42 or it is 81. If you want, you can still change your answer to 81.
Obviously, in order to keep the game interesting the host provides you with two options, and one of them is the winning number. We can exploit this in our advantage. Letting the actual correct number be arbitrary, there are 200 possible ways to play the game. Namely, you can choose any number between 1-100 followed by a binary choice: switch or stay. In the first choice you will be wrong 99 times and only once you’ll be correct. For the second choice, this will always reverse your result. Namely, if you pick a losing number, you get the choice to switch to the winning one. If you pick the winning number, you by definition switch to a losing one. Therefore, there are 100 possible outcomes for switching, 99% of these are winning and the last one is losing. This only happens if you choose the winning number to begin with.
At this game most people agree it is advisable to switch. Since the odds of picking the correct number at random is 1%.
What happens if this show is played with ten doors, instead of hundred? Or with fifty, sixty, a thousand doors? After picking you still get another number, but the probability of you being right in the first try changes. We can generalize this problem for any given number as follows: first define the number of doors in the game. We call this

. Then we take a random number

. This is the ‘winning’ number. Now we ask the contestant to choose a random number

. This number b is the initial guess of the contestant. Obviously, the probability of

. Now there are two cases. In the first case

, you provide the contestant with another arbitrary option

. In the other case

. In this case you provide the contestant with the options staying with the original pick of

or switching to winning number

and the probability of case two is

. Because, if you get your answer wrong in the first try, you are guaranteed to switch to the winning number. When we choose

, we indeed get winning odds of 99% when switching. And, when choosing

, the chance of winning after switching is 98%.

Back to the original problem

And what happens when we choose

. You also choose a door: door

. If you are correct, which happens about once every three games, all doors you haven’t chosen are opened except one. If you switch, you lose. If your chosen

does not match the hosts chosen

, he opens all doors except

, switching always leads you to win in this case. The probability on this case is

That is the story of the mathematical problem that fooled thousands of mathematicians worldwide. But it is only one of the many interesting and misleading mathematical puzzles. Interestingly, the Ask Marilyn column did feature another problem from the world of probability which sparked almost as much outrage. It goes like this:
A shopkeeper says she has two new baby beagles to show you, but she doesn’t know whether they’re male, female, or a pair. You tell her that you want only a male, and she telephones the fellow who’s giving them a bath. “Is at least one a male?” she asks him. “Yes!” she informs you with a smile. What is the probability that the other one is a male?
Marilyn answered that again the probability is

. Can you figure out why?

This article is written by Casper Thalen