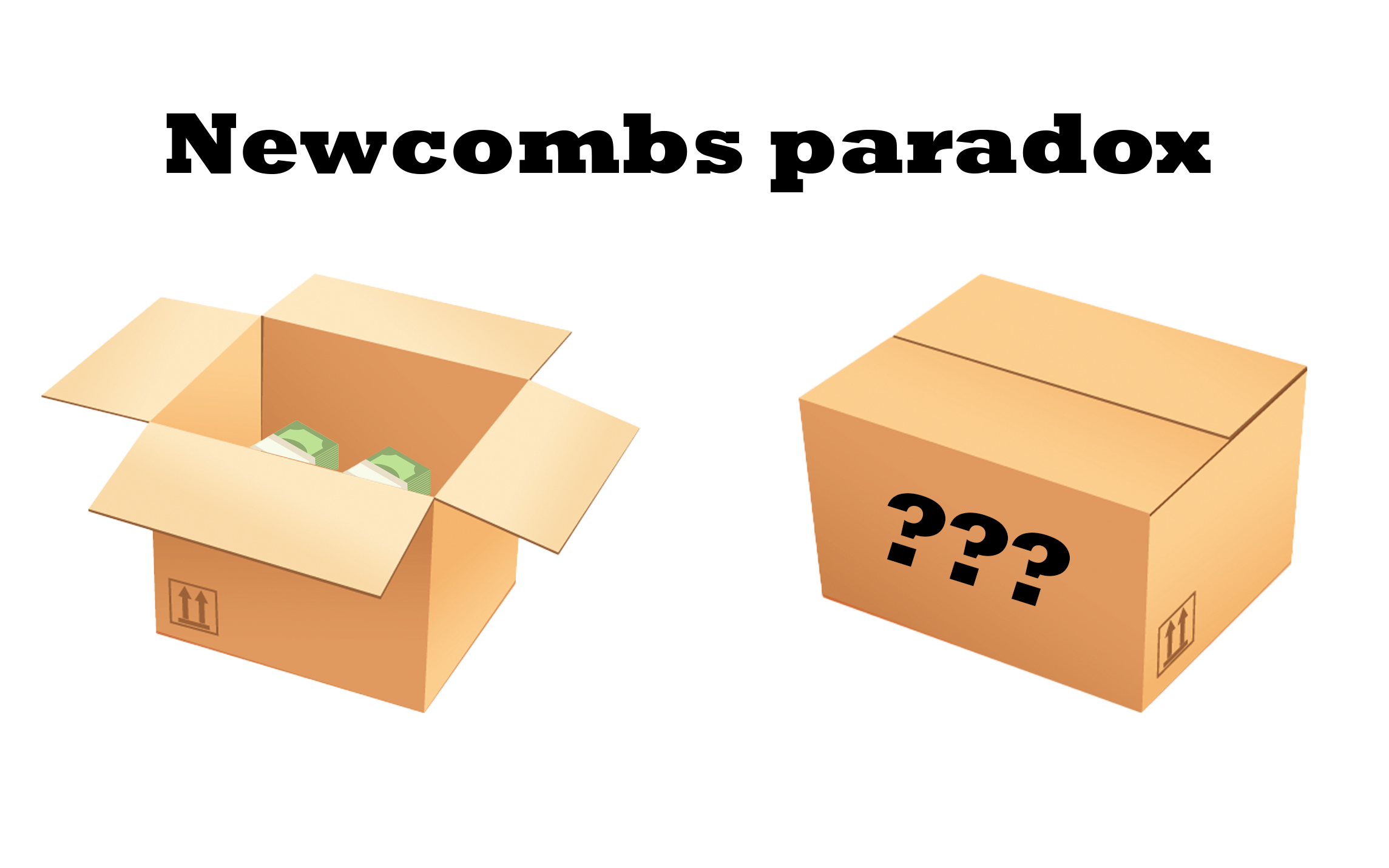 Let’s suppose that we have a game with two players. One is a person that will make a decision and the other is a supercomputer that will try and predict that decision beforehand. This computer has been tested many times and the testers have worked out that the computer can predict the decision of the player with 99% accuracy. The game works as follows: two boxes are placed in front of the player. One box is clear and contains a visible 1,000 euros. The other box is opaque, which means the contents are unknown to the player. This box can either contain nothing or 1,000,000 euros. The player can either choose to open both boxes and keep the contents or only open the second box.

This seems like an easy decision but there is a twist. The computer has predicted the player’s choice beforehand. If the computer predicts that the player will open both boxes it will put nothing in the second box. But if the computer predicts that the player will only open the second box it will put 1,000,000 euros in it. What is the optimal choice for the player? To get a better understanding of the problem we first need to know a little bit about strategic dominance and expected utility theory, the concepts that form the paradox.

Strategic dominance is a well known concept in game theory. This phenomenon occurs when, for a given player, a certain strategy always gives the best outcome independent of the decision of the other player. The best way to visualize strategic dominance is by looking at an example using a payoff matrix.

Let’s imagine there are two pharmaceutical companies that both want to develop a vaccine for COVID-19. We call them company A and company B. Now of course the profits they will receive if they decide to develop a vaccine is dependent on the choice of the other company. Since the companies never share their research projects beforehand they also do not know what the other company has decided. Now we have the following numbers. If a company decides not to go for the project their net profits are 0, since they did not spend anything and also did not gain anything. Then if either company makes the vaccines while the other company does not, that company will have a net profit of 1000. Then finally, if both companies make the vaccine, both companies will have a net profit of 400. Now let’s put all this information into a payoff matrix.

The second concept we will need is expected utility. Utility can be interpreted as a number that represents how happy something makes you. To keep things simple, assume that utility increases with the same rate as monetary value. This means for example that an increase in money of 1000 euro will result in an increase of 1000 units of utility.

. Hence the expected utility of company A is 440. This can be interpreted as how happy company A will be on average after developing a COVID-19 vaccine.

Now let’s get back to the problem at hand. Why does this seemingly simple choice stir up so much controversy? To get a better understanding of this, we have to see what the difference in decision is when using both earlier discussed methods. Let’s first make the payoff matrix and look at the strategic dominance. Note there are two players; the person making the choice and the supercomputer predicting it.

. Then the expected utility of choosing only the second box is

← Previous: Are central banks the climate rescuers of last resort? Next: Should billionaires exist? →