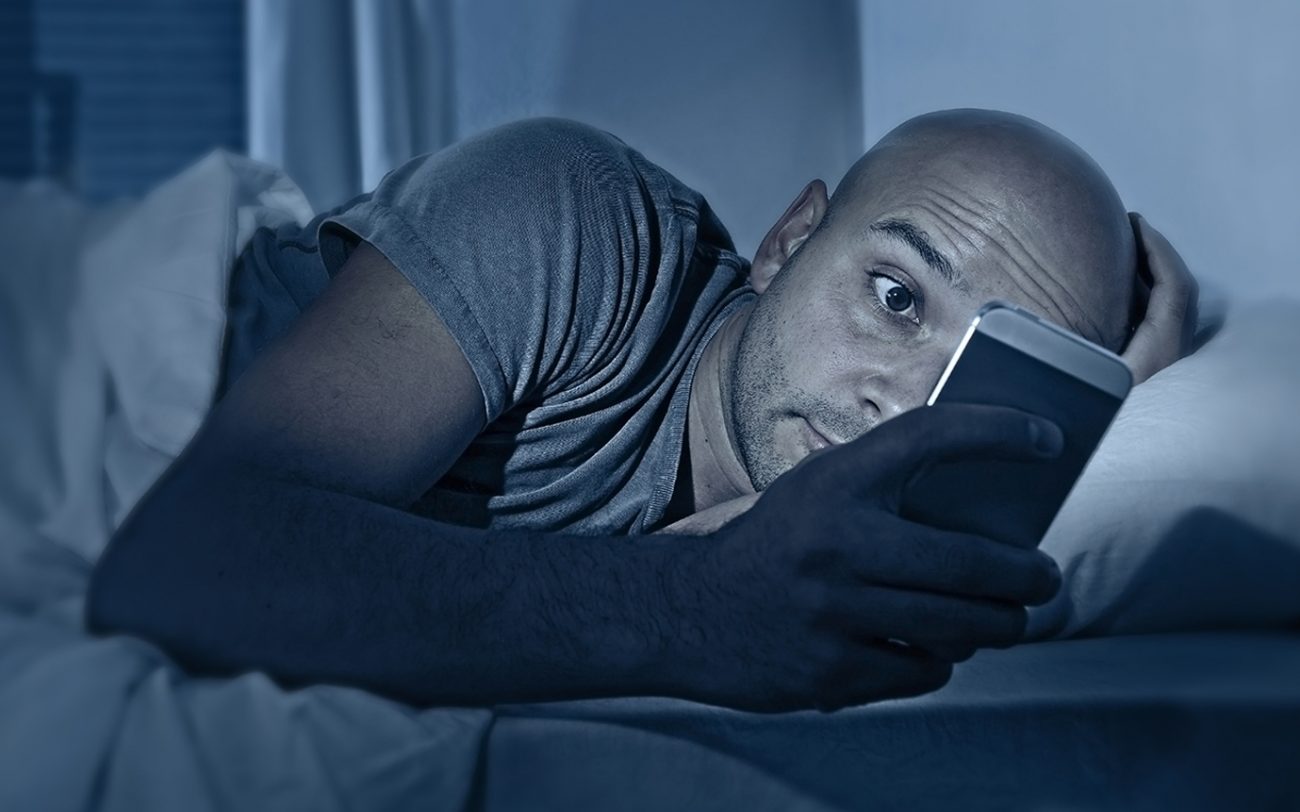 Rated with a top score in the App Store, belonging to Best of App Store 2016 and with millions of users, the Sleep Cycle App is an enormous success. The app wakes up a user  in the lightest sleep phase which should make him feel more rested for the rest of the day. To what does this app owe his success? And what can we tell about the way people should sleep?

Why do we sleep?

Why people actually need sleep is still a matter of discussion. Most compelling evidence states we need to sleep in order to learn. The indication of consistency between sleep and learning is found by different experiments. It turns out people who sleep better remember things more easily and can recall them faster. Additionally this idea strokes with the fact that children need more sleep than elderly people. Moreover one may often notice a lack of concentration as well as mood swings after a night of poor sleep. According to the evolution theory the original function of sleep is the preservation of energy. This is useful for our bodies in case of food shortage. Still, there is a lot of uncertainty about the way people consolidate information while sleeping. For the time being the only certainty is that people need sleep either way.

The different stages of the human sleep cycle

The brainstem and hypothalamus are coupled with the sleep cycle of humans. For instance, our biological clock is regulated by the hypothalamus. Furthermore it ensures our body temperature decreases two hours after we have fallen asleep. Another significant influence on our sleep system is the hormone produced by the pineal gland called melatonin. It is involved in the synchronization of the circadian rhythms, which regulate the sleep-week timing of people. In the daytime, when light intensity is normal, less melatonin will be released which will reduce sleep. All of these intern and extern regulations are necessary for humans to function properly.

We divide our sleep state broadly into two stages: the REM-sleep (Rapid Eye Movement sleep) and non-REM sleep, which is the collectable name of three different stages. The non-REM sleep starts with about 45 minutes counting for the first two stages. In these two stages light sleep occurs and the physiological processes are reduced. After that, we find ourselves in the third stage of the non-REM sleep, a deep sleep. Another 30 minutes later people enter the REM sleep. At this moment muscles become inhibited except for our eye movement which explains the name of the state. This whole cycle is repeated for about 4 till 5 times per night. Most of our dreams occur during the REM sleep. As a matter of fact, waking someone while he is in his non-REM sleep, results in the feeling that he has not dreamed. Whereas people who were in their  REM-sleep do so, since dreams in this stage are more vivid.

Waking up more easily with the Sleep Cycle App

The Sleep Cycle App analyses your sleep and says to find the perfect time to wake you up. The stage in which this occurs is your light sleep. By doing so, you feel more rested instead of feeling tired and restless. Moreover, when your normal alarm clock wakes you up during your REM sleep one feels often tired. This might happen since the alarm has a fixed time waking you, whereas the app waits till you have reached your light sleep. Sleep Cycle uses sound analysis to identify sleep states by tracking movements in bed. By placing your phone on your nightstand during the night a graph will be made of your own sleep cycle. Instead of a fixed time, there is a fixed waking phase of 30 minutes by default. In this way it enables itself to wake you up during your light sleep. Furthermore, the app shows how you have slept overall at night. With this in mind we consider a few cases.  Below we see a regular sleep cycle. Whenever there is a peak someone is going through a different sleep phase. The REM sleep is represented by the moments in deep sleep. Over time these moments occur four till five times and become shorter in the end. 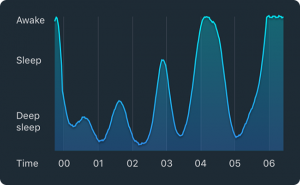 In contrast to the graph above, one might endure an irregular sleep pattern. In the first case the phases of REM sleep are way shorter and the person does not sleep deep during the night. 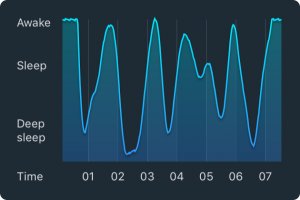 In the second case someone has been disturbed during his sleep. This prevents a normal sleep pattern to occur four or five times a night, which reduces the time of REM sleep. In the case of the disturbed sleep a great example is the influence of alcohol. A pattern like the one below is formed. Although alcohol makes you fall asleep faster your cycle won’t be the way it should be. 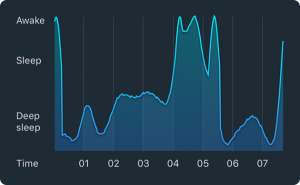 When someone feels the need to snooze, this can be done in two different ways. Firstly, he can choose for an intelligent snooze. It enables you to snooze through your wake up phase. By doing so, each snooze duration becomes shorter. In this way you will wake up more gently at your desired alarm time. Secondly one can choose for a regular snooze, which is like the one we are familiar with. Snoozing is done by simply double-tapping on the phone or picking up the phone. Another interesting feature of the app is the way the alarm is set off. Since it works on sound detecting, one can simply tap on their nightstand and the alarm turns off immediately.

How does the Sleep Cycle App work?

The exact algorithm that is used for the app is of course confidential. Nevertheless, the broad idea that is used goes as follows. Earlier on, science has found a way to detect sleep and awake states by people and other animals. The time a person sleeps depends not only on personal need but also on someone’s life phase. The human sleep pattern consists of a few episodes for around seven till eight hours. Meanwhile, rats sleep twelve hours on average where each episode has a length of just six minutes. According to several papers it is possible to subdivide sleep into different phases.
On a hypnogram the time spent in different sleep stages throughout the night is shown. With use of EEG (Electroencephalography) scans show us two general brain activities that occur often. Large, slow results on the graph of an EEG denote a great amount of brain cells firing, indicating synchronized activity. On the other hand, small and short movements on the EEG graph signify desynchronized activity. In general synchronized activity stands for a rest phase, while desynchronized activity stands for effort and concentration. Besides EEG, EOG (Electrooculography) describes eye movements instead of brain activity. During our REM-sleep, which has been discussed in the above, lots of eye movement is recognized.
Corresponding by taking the acceleration from someone’s smart phone every hundred milliseconds and counting the number of times the acceleration changed from negative to positive for each minute, the app collects data. Likewise small vibrations and other inconsiderable sounds such as car noises, ticking clocks and moving blankets are filtered out. Thereupon the data is stored for the previous seven minutes. With use of the algorithm each count is weighted differently for every minute’s counts. Consequently, every resulting number that is above a certain threshold is denoted as awake. Whereas a number below the threshold described a state of sleep. By constantly repeating this process the app detects whether a person is awake or not.
All things considered sleep is important no matter in what sleep phase you wake up. Whether or not the app is actually working, it does not harm to use the app. In fact, it is not bad to take care of the way you sleep. Then again it is important not to worry about getting the perfect sleep cycle pattern. Instead, one should rather focus on keeping a regular schedule. Nothing as much as the human body aims for regularity.