The Riemann Hypothesis: how to earn a million with math? 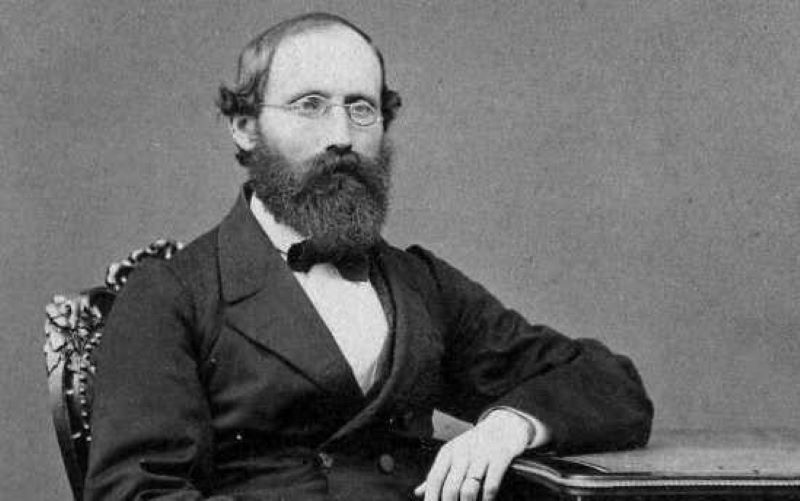 Definition of the Riemann Hypothesis

To start: The Riemann hypothesis states that all nontrivial zeros of the continuous analytic extension of the Riemann Zeta function lie on the line

in the complex plane, where

is the imaginary unit with definition

. This definition may not be a clear problem at first glance.

, where x is the real part of s and y the imaginairy part. The Riemann Zeta function, looking at the first equation is defined for

. Since this function makes no sense for

– because in that case the sum diverges – Riemann used a clever way to extend the function to the rest of the complex plane (second equation). Using this analytic extension we find a symmetry line at

. Understanding this symmetry line is the most important part of the Riemann Hypothesis. We know all of the trivial zeros of the Riemann Zeta function. They follow logically from the fact that for every negative even integer

, the sine in equation 2, which is the extension of the zeta function, is equal to zero. Now looking at the other terms in the equation we see none of these terms are divergent. From these two key insights, we can conclude that the trivial zero values are located at the negative even integers.
But what is so special about all the nontrivial zeros? The nontrivial zeros of the Zeta function are the values for s that satisfy

and are not in the trivial form. Riemann conjectured that all nontrivial zeros lie on the symmetry line. But what is so important about the fact that all these zeros lie on this line? The answer surprisingly has to do with prime numbers. Leonard Euler was the first to find a connection of the Zeta function with the primes. He found out that the Zeta function can be rewritten to a product over the primes as shown below.

Furthermore, Euler found out that the chance that s numbers are relatively prime, meaning the greatest common devisor of these numbers is 1, is one over Zeta of this value s.

The nontrivial zeros of the Riemann Zeta function

The nontrivial zeros are important for the

-function, which is also known as the prime counting function. For the best approximation of the number of primes up to a certain number, the zeros of the Zeta function are used. It is important that the zeros are as close to

as possible. It has been proven that all nontrivial zeros lie in the critical strip of the Zeta function. This is the strip enclosed by the line with

and the line with

. Since we know the Zeta function has a symmetry line at

, the best-case scenario would be that all the nontrivial zeros lie on the line with

. If this is not the case and we find a zero with

, we know that the symmetry of the Zeta function would mean that there has to be a zero with

. Hence it is optimal that all zeros lie on the line with

How certain are we that the nontrivial zeros lie on the symmetry line?

A lot of research has been done to prove that all zeros lie on this line. For instance, we know that at least 40% of all nontrivial zeros lie on this line. Furthermore, it has been proven that there are infinitely many zeros that lie on the critical line. Scientists also have done a lot of computer analytics. Because of this, we know the first trillion zeros of the Riemann Zeta function lie on the critical line, we know that the zero with the smallest imaginary part is

and we know that there are groups of zeros way beyond the trillionth zero. Knowing all of this we can be pretty certain that all zeros lie on the critical line, but proving it has proven itself to be a difficult task.

Famous convergent values that relate to the Zeta function

, which is famous under the name: The Basel problem. This problem was proven for the first time by Leonard Euler. Another value that is famous is

. This might seem very strange given the first definition of the Zeta function. Since summing all positive integers clearly does not equate to a finite value and surely not a negative one. But an argument can be made why this is true, first discovered by famous mathematician Ramanujan. Other values of the Zeta function used in fields like physics are

, which is used calculating the Bose-Einstein condensate and

, which is used when deriving the Stephan-Boltzmann law.

Connection between the Zeta function and the Gamma function

The Gamma function is most known for one of its special properties.

To derive this relation we start with

Now summing both sides from

Other functions with a Riemann Hypothesis

term times the coefficient of the

term corresponds with the coefficient of the

.
Transforming this into an L-function gives:

Proving one of the millennium problems is one of the hardest mathematical tasks. To prove the Pointcaré Conjecture (the first and only millennium problem that has been proven) new fields of mathematics had to be invented. Finding a proof of The Riemann Hypothesis is thus a difficult thing to do. Since the problem was posed, our understanding of the problem has increased a lot. Therefore, we can be fairly certain that Riemann’s conjecture is correct, but to proof the hypothesis, our current understanding of mathematics may not be sophisticated enough.

For more information on L-functions see: https://www.lmfdb.org/
For an understandable proof of the sum of all positive integers see: https://medium.com/cantors-paradise/the-ramanujan-summation-1-2-3-1-12-a8cc23dea793

← Previous: Guess the number of M&M’s in the jar and win … Next: Bicycle capital Groningen: the downside →