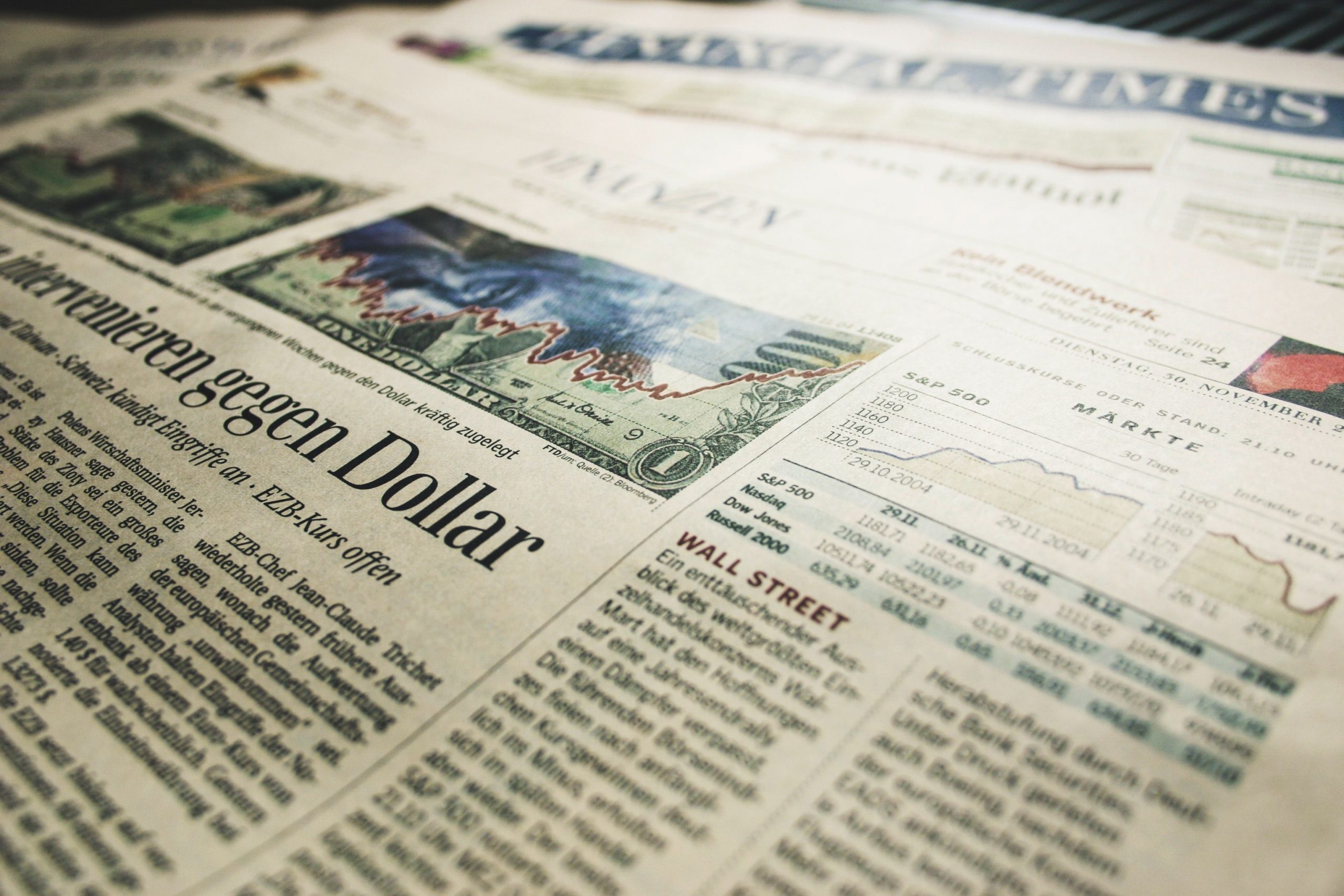 Lately, the front page of the Dutch newspapers has been dominated with burdensome news about the coronavirus, developments around Brexit or statements from Donald Trump. Yesterday, even a new story about the prosecution of Ridouan Taghi was featured on the NOS website. Although this is of course very relevant and important news, 2020 has had a lot of interesting and positive developments that are now overshadowed by articles surrounding the current number of deaths in China or other onerous reports. Therefore, I believe it is time to give some extra attention to a few promising breakthroughs and stories of the last months.

In the search to invent more sustainable building materials, scientists at the University of Colorado created a concrete made out of bacteria. Even though your first reaction might be more of disgust than of delight, this concrete has the amazing power of healing itself when it is damaged. The concrete is a mixture of sand, gelatin, and cyanobacteria. When merged under the right conditions, the bacteria produce calcium carbonate which mineralizes the gelatin and binds it with the sand, and voilà, creates concrete. According to Will Srubar, project leader and assistant professor in the Department of Civil, Environmental and Architectural Engineering, the production of cement and concrete for roads, bridges, skyscrapers and other structures generates approximately 6% of the world’s annual emissions of carbon dioxide. Besides the fact that the bricks can regenerate themselves three times after being damaged, when used on a larger scale, the concrete could actually remove carbon dioxide from the air, instead of polluting it. Even though there is still a lot of work to be done before the bacterial colonies in the concrete can survive for longer periods, the team is thrilled about the possibilities in the future. “Nature has figured out how to do a lot of things in a clever and efficient way,” Srubar said. “We just need to pay more attention.” 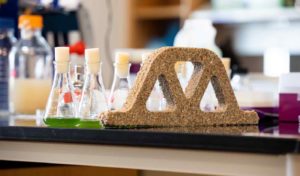 Photo by CU Boulder College of Engineering and Applied Science.

Just as Srubar believes nature can provide us with answers to prominent problems, there are other ways in which nature can assist us. The world held its breath when the images of the devastating bushfires in Australia circled the internet and made front-page news. The Australia Wildfires Relief Fund received an enormous amount of donations and the number of volunteers who battled the fires was immense. However, one particular fellow made his contribution in a quite peculiar way. Winston, an Argentinian tegu lizard,  deployed his artistic skills to raise money for bushfire relief. The giant lizard creates artworks by walking over a canvas after he has dipped his claws and tail into different shades of paint. His owner Sarah Curry has been selling Winston’s paintings by auctioning them online for between 30 and 75 dollars. So far, the couple has raised and donated over a thousand dollars for all the animals and humans affected by the wildfires. His owner is extremely proud. “I just let Winston do what he does best… make a big mess!” she says. “They turned out beautiful and he seemed to enjoy how the paint felt on his feet.” Winston’s efforts truly prove that everyone can contribute. 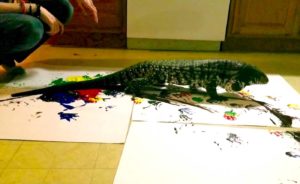 Finally, another amazing discovery was made by researchers of the University of Massachusetts: they designed a device that can generate electricity out of thin air. The instrument actually uses a natural protein to produce electricity from moisture in the air. The device called “Air-gen” is created by electrical engineer Jun Yoa and microbiologist Derek Lovley. It is non-polluting and has low-cost. “We are literally making electricity out of thin air,” says Yao. “The Air-gen generates clean energy 24/7.” It can even generate energy in areas such as the Sahara Desert, extremely low humidity is not a problem. So far, the Air-gen is capable of providing small electronics with power. Their next step is to develop an adaption of the Air-gen suited for electronics such as smartwatches and other health monitors. Yoa and Lovley are certain that with the right means, the Air-gen can make a major contribution to sustainable energy production. To summarize, we are well on our way to a greener and more responsible future. From creepy minuscule crawlers in our concrete walls to a house completely powered from thin air, or even animals raising money for other animals, the possibilities are endless. As Srubar said: “The sky’s the limit for our creativity.”

← Previous: How 3D printing is changing manufacturing Next: Analytical Darts →