Do basketball players have a hot hand? 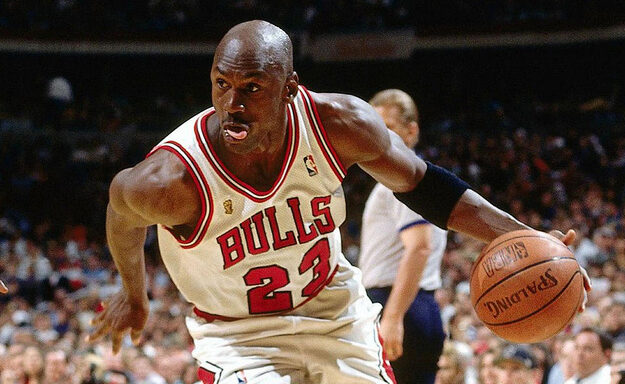 If you are a basketball fan, you are probably familiar with the term: the hot hand. This is often used when a player is on a scoring streak and it seems likely that he will also score the next point. He is very confident, he feels good, and therefore it seems like his hand is just “on fire”. Former Chicago Bulls coach Doug Collins famously told about their tactic at the end of the match when Michael Jordan was doing well: “Get the ball to Michael and everybody get the f*** out of the way”. This phenomenon already exists for a long time in the world of basketball. However, is it really true that a player is more likely to throw in the next ball when he is on a scoring streak? Does the hot hand really exist?

The hot hand is based on the idea that a player has some baseline average scoring probability. This of course differs per player since some players are just better at throwing than others. The idea of the hot hand is that the probability of the next ball going in is higher than the baseline average, when a player is on a scoring streak. Research on the existence of this phenomenon has a long history. The first influential paper on this topic was published in 1985 and is called “The Hot Hand in Basketball: On the Misperception of Random Sequences”(Gilovich, Vallone, and Tversky, 1985). Two major NBA teams were involved in this study: the Philadelphia 76ers and the Boston Celtics. In this paper, they analyzed the shot strings of hits and misses of the players from these teams statistically. In these strings, you can consider streaks from a certain length and then examine if the throw afterwards went in more often on average. From this research, they concluded that there is no evidence for the existence of the hot hand. The researchers, who mainly work in the field of cognitive psychology, called the hot hand a widely shared cognitive illusion. People always tend to look for trends, and in this case these trends may seem to be there but statistically they are not.

After this influential paper, the public mainly separated into two camps. On the one side, mostly in the sports industry, people did not believe this research. They still observed it in the games so it must be true, they thought. On the other hand, the research started a movement of more scholars, who thought this was interesting and wanted to test it for themselves. They started examining data from different teams, different seasons and even different sports. As a result, as of today you can find a tremendous amount of research on the hot hand. One of these papers is particularly interesting (Miller and Sanjurjo, 2015). This paper did not continue the research of the initial paper by looking at factors like a different team, but it claimed that there was a subtle but substantial mistake in the initial research.

So, what is this crucial mistake? This error can be best demonstrated by looking at an example. Consider tossing a fair coin a number of times. This coin has 50% probability of landing on heads and 50% probability of landing on tails. Moreover, the throws are independent and memory-less: knowing something about the previous throw does not give you information about the next throw. Well, when we repeat this experiment a number of times, what frequency of coins landing up heads given that the previous one landed up heads would you expect to see? You would expect 50% right? It turns out that this is not the case. Imagine that we take a look at strings of length 3. To see what would be the long-term average frequency, we list all possible outcomes which are in this case 8. These can be found in the table below.

In the second column, we can see what came up after heads and in the third column we can see the fraction of heads occurring after another heads. The last two examples are discarded as there is no coin toss after a heads toss. This is exactly how you would treat your samples when you would do this in practice. Since all samples are equally likely to occur we can easily take the expected value. This gives us that the expected fraction of heads occurring after heads is given by

. But this seems very strange, it should be 50% right? This example beautifully illustrates the phenomenon of small sample bias. When we would have taken strings of infinite length, or at least strings that are so long that they approximate the asymptotic result very well, we would not have this bias. Then we would really see the 50%. As shown by (Miller and Sanjurjo, 2015), this bias is even larger when we would not consider what happens after one head but what happens after ‘longer’ scoring streaks. In the initial paper by (Gilovich, Vallone, and Tversky, 1985), they also examined these longer scoring streaks. Because of this bias, (Miller and Sanjurjo, 2015) concluded that the hot hand may exist. This downward bias could have obscured the actual hot hand effect in the data of the initial research. More examples of peculiar random phenomena can be found in this article by Simon Elgersma.

The new paper by Miller and Sanjurjo (2015) was quite a large shock to the literature, especially since one of the scholars who wrote the initial paper was Amos Tversky. Tversky is very well-known for his joint work with Daniel Kahneman on the biases and prejudices that humans possess. In this previous article, I tell more about these biases and the work of Kahneman. This work was so influential in their time that Kahneman received the Nobel Prize for it, which Tversky surely would have shared with him had he not passed away already.

“The true believer in the law of small numbers commits his multitude of sins against the logic of statistical inference in good faith.” (Tversky and Kahneman, 1971)

Because of his work on biases and prejudices, you would think that Tversky would be the last person in the world to make small sample errors. However, we saw in the above example that even Tversky did so. By looking at small samples, he concluded something that could be wrong asymptotically. It is a shame that such an amazing researcher and enormous basketball fan is not with us anymore since he would be pleased with the correction of his mistake. 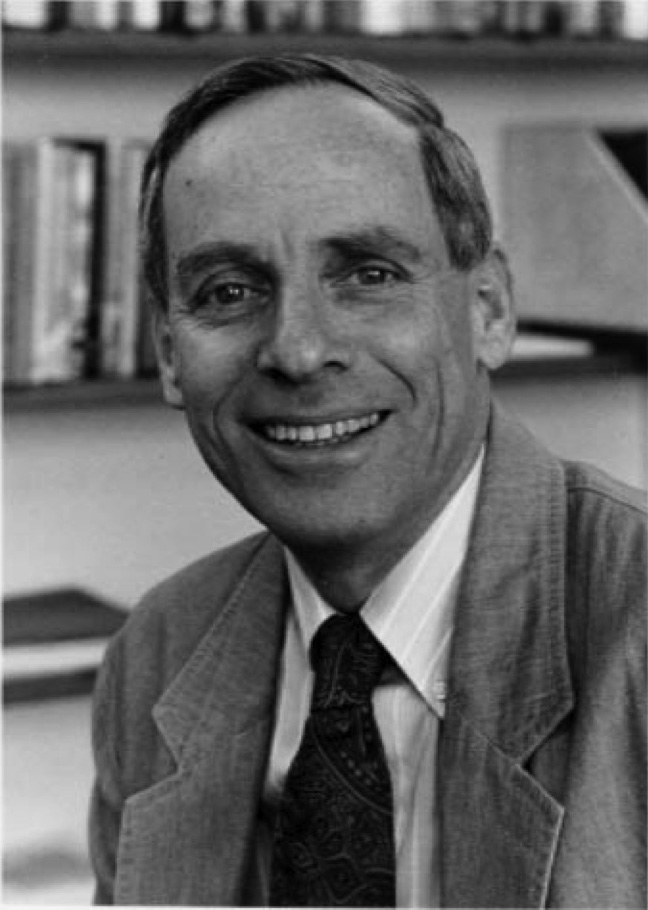 So, unfortunately, the original method to analyze the hot hand was biased. In a more recent paper, a new method to analyze these shot strings was proposed (Daks, Desai, and Goldberg, 2018). This new method takes the size of the shot strings into account and does therefore not possess any small sample bias. The authors, who all work at the University of California, looked at their home team: the Golden State Warriors. In particular, they considered the shot strings of the star players Steph Curry, Klay Thompson, and Kevin Durant. 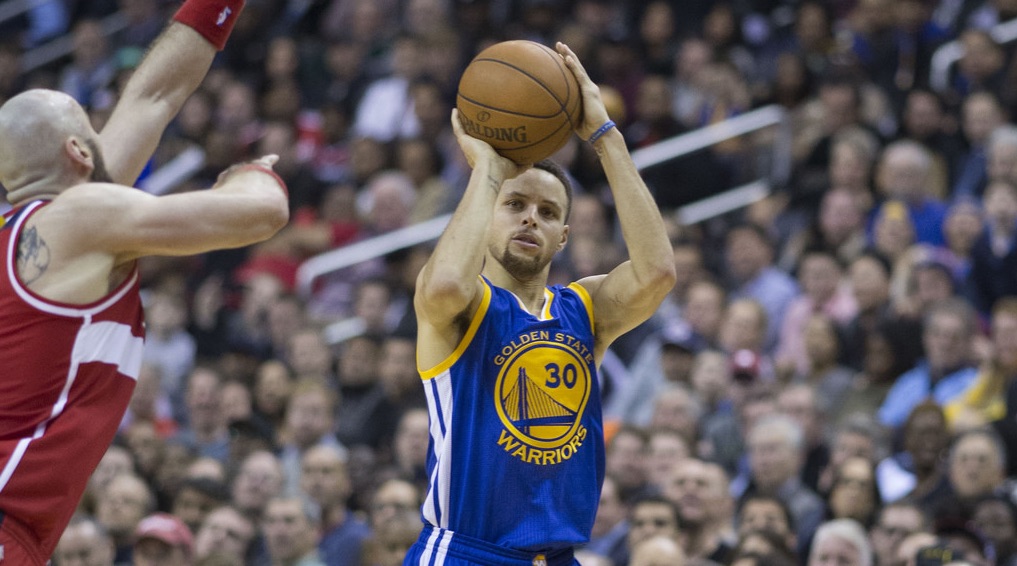 They examined these strings using the so-called permutation test. With this test, you take the original string of hits and misses and then permute it a lot of times. Of course, this completely destroys the “hotness” of the original string but it does not affect the baseline performance of the player as the number of hits and misses stays the same. After many permutations, you get a range of strings which all have different degrees of hotness. With this range of degrees, you know something about the distribution of hotness in these strings and you can find the rejection region. Using this method, the researchers found that in almost all matches, the players did not have a hot hand. It may have seemed like they had a hot hand, but this could also be because they were performing well in general.

Although there were some statistical complications, it seems like recent research rejects the existence of the hot hand. However, there are also studies with a different experimental design that support the hot hand. Next to that, it could be the case that the hot hand does exist but that it is just not visible in the data. When a player is on a streak, he might also endeavour more risky throws or the opponents might start defending him better. Therefore, we do not have a universal answer yet to the question whether the hot hand exists. All in all, do not forget to simply enjoy the beautiful game of basketball!

Gilovich, Thomas, Robert Vallone, and Amos Tversky (1985). The hot hand in basketball: On the misperception of random sequences.Cognitive Psychology 17(3), 295 – 314.

← Previous: Black Friday Next: Measuring the speed of light →