How carbon plates are changing the running scene 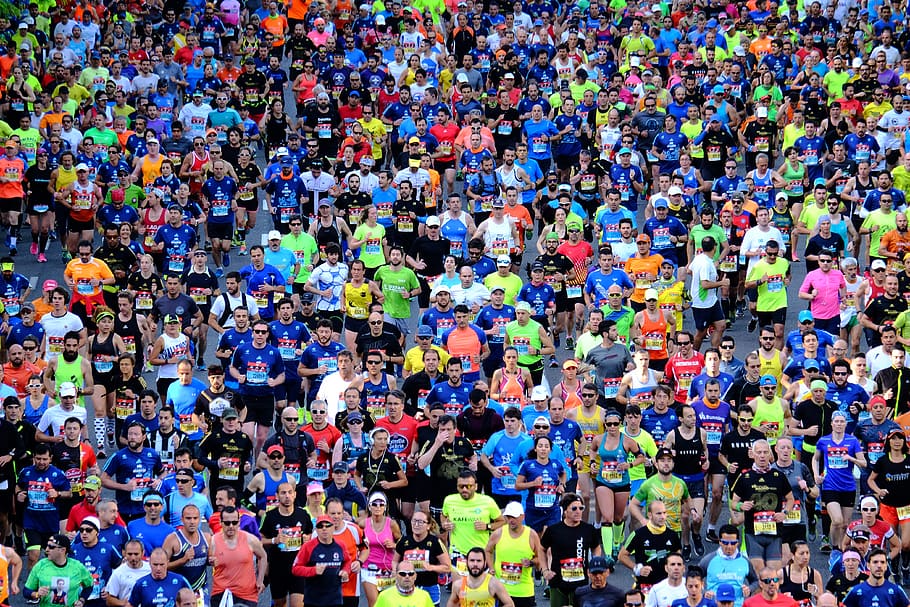 On the 6th of may 2017, I woke up early in the morning to watch a special race: the sub-2 hour project announced by Nike. During my breakfast, a very special athlete was cruising at a pace of around 21.1 km/hour on a race track in Monza, Italy. Guided by pacemakers and an electric car that projected the formation the runners had to run in, Kipchoge was going to do something very special. Inspired by this event, I decided to go for a jog myself.

When I came back, Eliud Kipchoge finished the marathon in an amazing time of 2:00:25. This amazing result was due to several factors. Among other things, (such as the track being at an ideal level of altitude and low wind resistance because of the formation the group was running in) the secret was in the shoes he was wearing. For this race, Nike developed the “Vaporfly Elite”, a special shoe that contained a carbon plate. At the time it shocked the running world: convention was to have shoes as light as possible in order to let the runners cover the 42.2 km race as fast as possible. However, after a lot of testing and discussions with researchers and professional athletes Nike managed to find an innovative way of designing shoes. The lightweight shoes were replaced by heavier shoes that have a carbon plate. These shoes are relatively stiff, which combined with more cushioning will yield a ‘push’ effect. This feels like there are springs in your shoes and it causes the runner to be propelled forward at every step.

Fast forward two years later: on the 12th of october 2019, Kipchoge managed to run under the mystical 2 hour barrier in the INEOS 1:59 challenge. This time in a different carbon plated shoe, the Nike Vaporfly Next%. The pacing team was expanded with some of the best runners in the world, such as the 2016 Olympic champion in the 1500 meters, Matthew Centrowitz, the Norwegian running brothers Henrik, Filip and Jakob Ingebritsen and some of the training partners of Kipchoge in Kenya (such as Victor Chumo and Augustine Choge). By changing the pacing team each lap with serious precision (behind the scenes of the event can be found here), they definitely managed to shave an extra few seconds off his previous time, but everyone agreed that the magic seemed to be in the shoes. 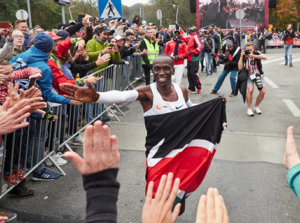 Eliud Kipchoge after break the magical 2 hour barrier in the INEOS 1:59 challenge.

In the meanwhile, other brands like Adidas, New Balance and Asics came up with their own version of a carbon plate based shoe in order to keep up with the increasing supply of carbon plate shoes by Nike. These days, marathon runners at the major marathons are wearing the iconic pink or green Vaporflys from Nike or a similar shoe like the Hoka One One Carbon X. One point of critique that some people have is that the shoes give an unfair advantage to the ones using them. The famous shoe worn by Kipchoge during the INEOS 1:59 challenge has been banned from being used in competition. Only shoes that are available to other athletes for at least 4 months before a race are allowed to be used. To me this seems like a good decision. If some athletes have access to these super shoes because of their sponsor and others don’t, this can be an unfair factor in important races. 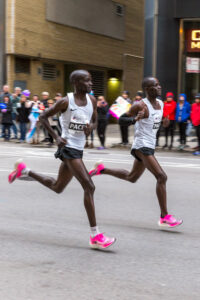 World records keep on getting broken

During the pandemic, there has been an increase in the number of world records run. There could be multiple reasons for this. one could be because of innovative design of the shoes and track spikes. It might also be due to the combination of the rest that athletes got because of cancelled schedules and improved training plans. For example, the famous Ingebritsen brothers use blood testing during training sessions on a regular basis in order to determine heart rate zones and lactate levels. These two factors can give the runners a substantial increase in performances. We can also see that in marathon running a lot more people are capable of breaking the Olympic standard (2:11:30). 17 of the 25 fastest times in the marathon ever were run between 2018 and 2020. And so far already 4(!) Dutch athletes have broken 2:11:30. An amazing accomplishment for a country that usually does not produce that many marathon runners. I am already looking forward to the marathon in Tokyo this summer, where the world’s finest marathon runners will fight for the highest honour.

To conclude, the carbon plate shoes can give a substantial edge to professional runners. Similar to other revolutionary inventions in other sports, we might have to distinguish between pre-and after carbon plate times. However, it is good to keep in mind what the sport is all about. The joy of feeling the rhythm of your feet hitting the ground, your breath intensifying and going out of the door for your run, no matter how long or fast it might be. In my opinion, that is what makes the struggle of running and improving yourself worth it. (For the Dutch readers, this interview with marathon runner Michiel Butter is a great example of the beauty of the sport) 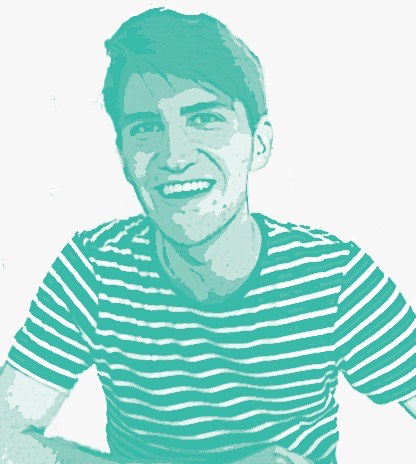 ← Previous: Interview with TKP Next: The conundrum of perpetual motion →