Impression of the Active Members Weekend 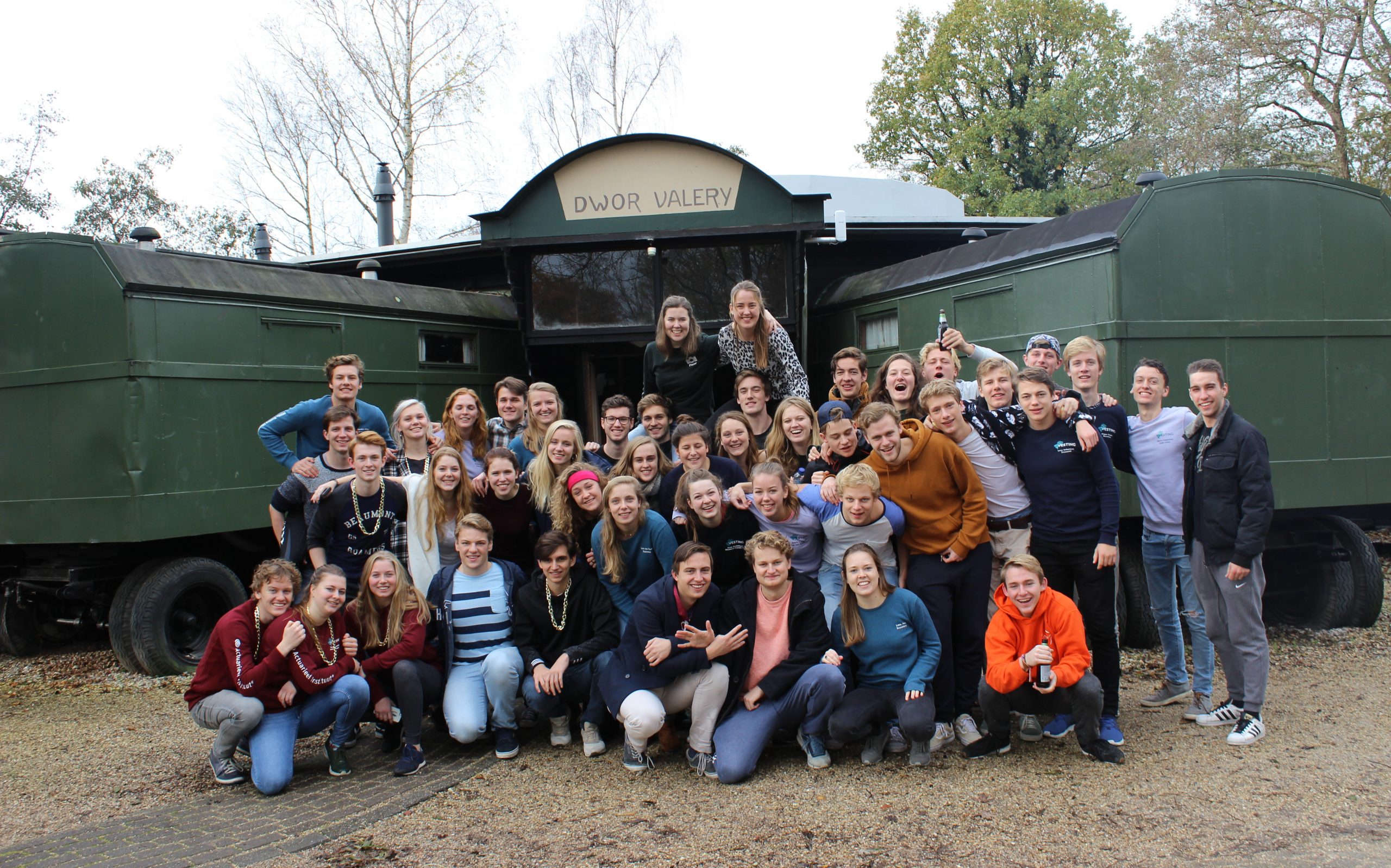 Three weeks of lectures and tutorials of semester lb have already passed, but let’s look back at the active members weekend of 2017!
Friday afternoon, November 17th, we took the bus to Tolbert to spend a weekend with all the active members of VESTING. Many just finished their exams from the first period, so the first beers tasted delicious. After everybody got settled, the first games of beerpong were played. While the board and some volunteers prepared dinner, all the others played some (drinking) games like ‘driemannen’, ‘mexen’ and ‘tokslok’. Around 8 PM we had pasta pesto for dinner, a ‘goede bodem’ for our very first activity: a beerpong contest! After the teams were formed by the board, we all played a few games of beerpong. Even though my team hit a lot of cups, we couldn’t beat Sjoerd, Anne and Alexander, the winners of the contest! The beerpong tournament was only the beginning of a long night with enough beer but also a lack of sleep…
The next morning, the battle of Tolbert had started. An infinite amount of ices was hidden in our bags and it was time to distribute them to our friends. While some of us had to recover from all these ices, anytimers and the heavy night, others continued playing beerpong in the early morning.
For Saturday afternoon, it was planned to play mini-golf in Nienoord, a village nearby Tolbert. Unfortunately, the course was closed when we arrived in Nienoord. But on our way back to Tolbert, we went to the HEMA to get a hotdog and some warm soup.   Even though we did not get to play mini-golf, we had brand new energy for the second night of the weekend after a good meal and some fresh air :). That night we continued to play games, took a snack from the Fifty Cent Shop and some of us even found the time to take a nap. After our bellies were well-filled with self-built burgers, it was time for the pub quiz! In teams of five or six, we tried to find as many correct answers to the questions of our quiz masters Britt, Lotte and Lara. The last round of the quiz related to the answers of the questionnaire we had to fill in before the weekend. According to the answers, Noortje will become pregnant first, Stefan will beat us all in an eating contest and Leon will be our first millionaire. At the end of the quiz, Leon, Sander (de Vries), Arjan, Ilse and Sabina had the most correct answers and therefore they won the pub quiz!
Afterwards, we continued playing games and eating grilled cheese sandwiches. Most of us stayed up until the early hours. Some fanatics even stayed up all night to play beerpong. One of them was Tobias, who decided it was a good idea to wake us the next morning with the sound of ‘Kind van de Duivel’, a lovely song to listen to early in the morning. While enjoying a ‘broodje knakworst’ or a grilled cheese sandwich (again) we packed our bags while the board prepared the VESTING Veiling. We could all get a ‘build-your-own-burger pack’ or some breakfast for the next morning for a good price. Just before we went home, Patrick wanted to get rid of his last ice, but he failed to do so and had to drink it himself. After taking a group picture it was time to go home..
After all I think all of us had a great weekend and we are all looking forward to next year!

This article is written by Marie Hiemstra.