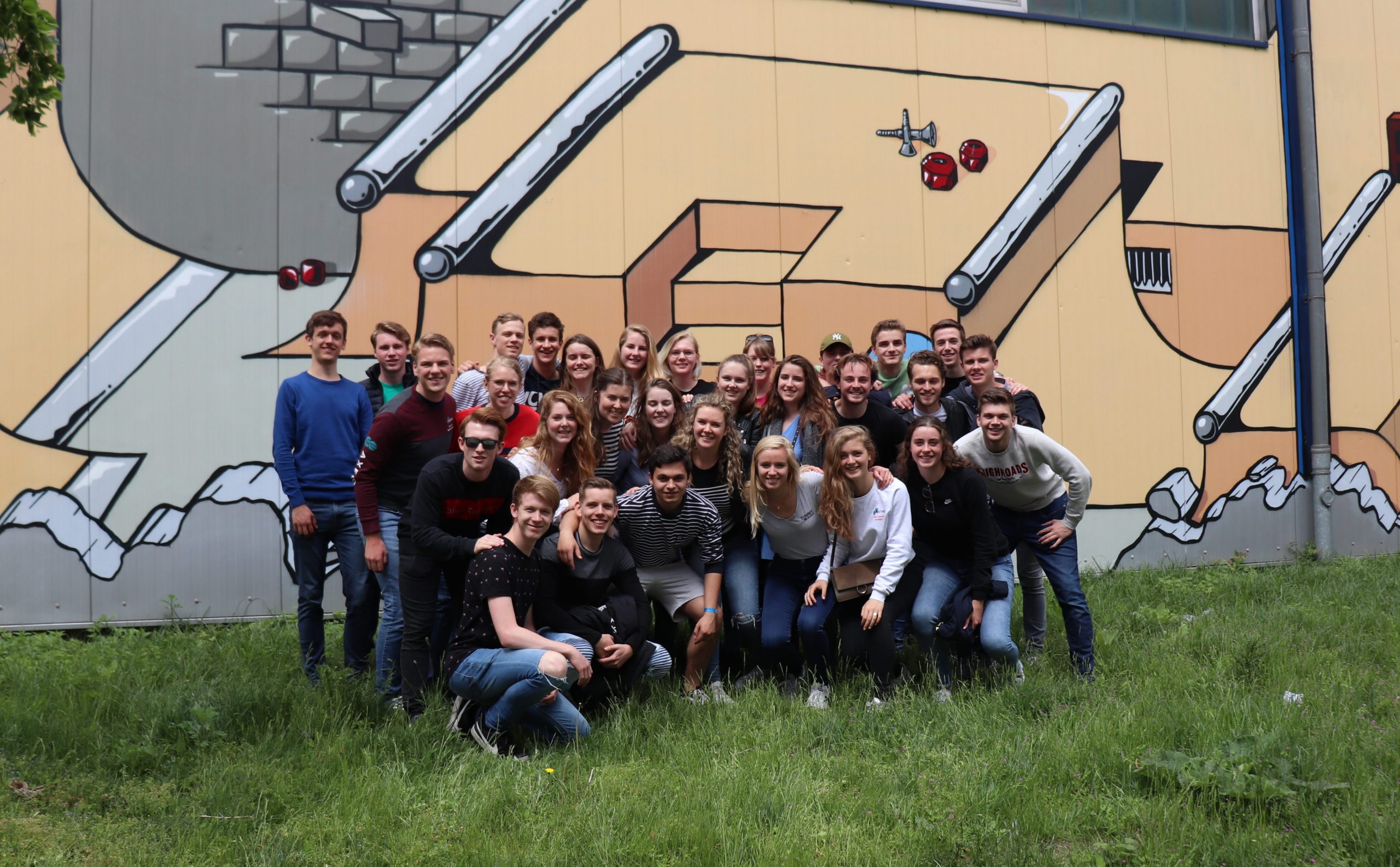 By: Deirdre Westenbrink
We are approaching the end of the year quickly, but before entering the exam period, it was time for a weekend of relaxing in Hamburg, as the second Weekend Trip took place. Or, oh well, relaxing, we had to be at Groningen station at 5:45 a.m. This was a challenge for everyone (especially for Renske, since she woke up at 5:55 a.m. and was half an hour late).
After Renske arrived, the 3,5 hour trip to Hamburg began. For some, it was time to catch up on their missed sleep, for others it was time to start the crazy 88. The groups for this game were announced on the bus and a bunch of selfies with the bus driver were made.
After arriving at the hostel and dropping our bags (where the first ICE of the weekend was already spotted), it was time to explore Hamburg in small groups. Some went shopping, others were kissing burgers (trying to outsmart the crazy 88).
Somewhat past noon everyone gathered once again at the hostel: it was time for a cycling tour since, since we can’t lose our Dutch roots of course. During the tour, we got to see a great deal of Hamburg, while hearing about the history of the places and buildings (spoiler: most were bombed and rebuilt). After the physical activity, in which for some the most interesting piece of information was the places to go out at night, everyone went its own way. Most went to the shops to get their food and drinks for the night.
For dinner, we all went to this very German restaurant, where everyone (except the vegetarians) enjoyed some beers and a schnitzel. After completing their meal, most moved to the rooftop terrace to enjoy yet another German beer.
Getting back at the hostel, everyone split up in small groups to enjoy some drinks, but being the loud crowd that we are, security came by to tell us to be a little bit quieter. At 11:30 p.m. it was time to move the somewhat tipsy group to the city. After trying out a few bars, we found our home at The Dollhouse, where you could not only find hot bartenders, but also some dancing, sexy ladies. As the night progressed, some people were getting tired and went home in groups, but the real diehards (especially the sober Fenna!) stayed up until 6 a.m. and visited the Fish Market.
The next day, for some the breakfast was a little early. With this in mind, the time for seeing the St. Michaelis Kirche was delayed by an hour. At first, the plan for some was to go supping. Unfortunately, due to the bad weather conditions, this was canceled. However, now everyone was there to see the bet between Marnix and Daphne, in which Marnix had to climb the tower in under two minutes (which he completed successfully). After this, there was a bit of free time before the next activity began: the underground tour.
This tour was given by two guides, so we split up in two groups. They told us all about the weird habits of some Hamburgers and even took us to see the street where men can go up at night to have a fun time, i.e. the street full of prostitutes. Although the street is forbidden for women, one of the tour guides let the ladies have a quick look in the street as well.
After the tour, where we heard some bizarre facts about the Reeperbahn, everyone ended up back at the hostel to enjoy some more drinks. Not being disturbed by security this night, everyone gathered at midnight to take the subway to the Reeperbahn once again (luckily, Roel gave a very thoughtful speech). Since everyone was a bit exhausted, we all lasted a bit shorter this night. At 4:15 a.m. the last people ‘already’ took the subway back to the hostel.
At Monday, it was time to clean up and to make sure that not a sign of alcohol usage could be seen. This, together with having breakfast, was all done before 10 a.m., so everyone was a real (involuntarily) early bird. After this, some last free time to explore Hamburg was given. To get to the city center, most people bought a ticket for the subway, but others took a risk and chose to travel without a ticket.
At 2 p.m. everybody gathered at the hostel for the last time and got exhausted into the bus, to try to catch the last bit of sleep of the weekend…
But most of all it was a great weekend! So dear Weekend Trip Committee 2018-2019, thank you for the unique experience. We couldn’t have had a better time!