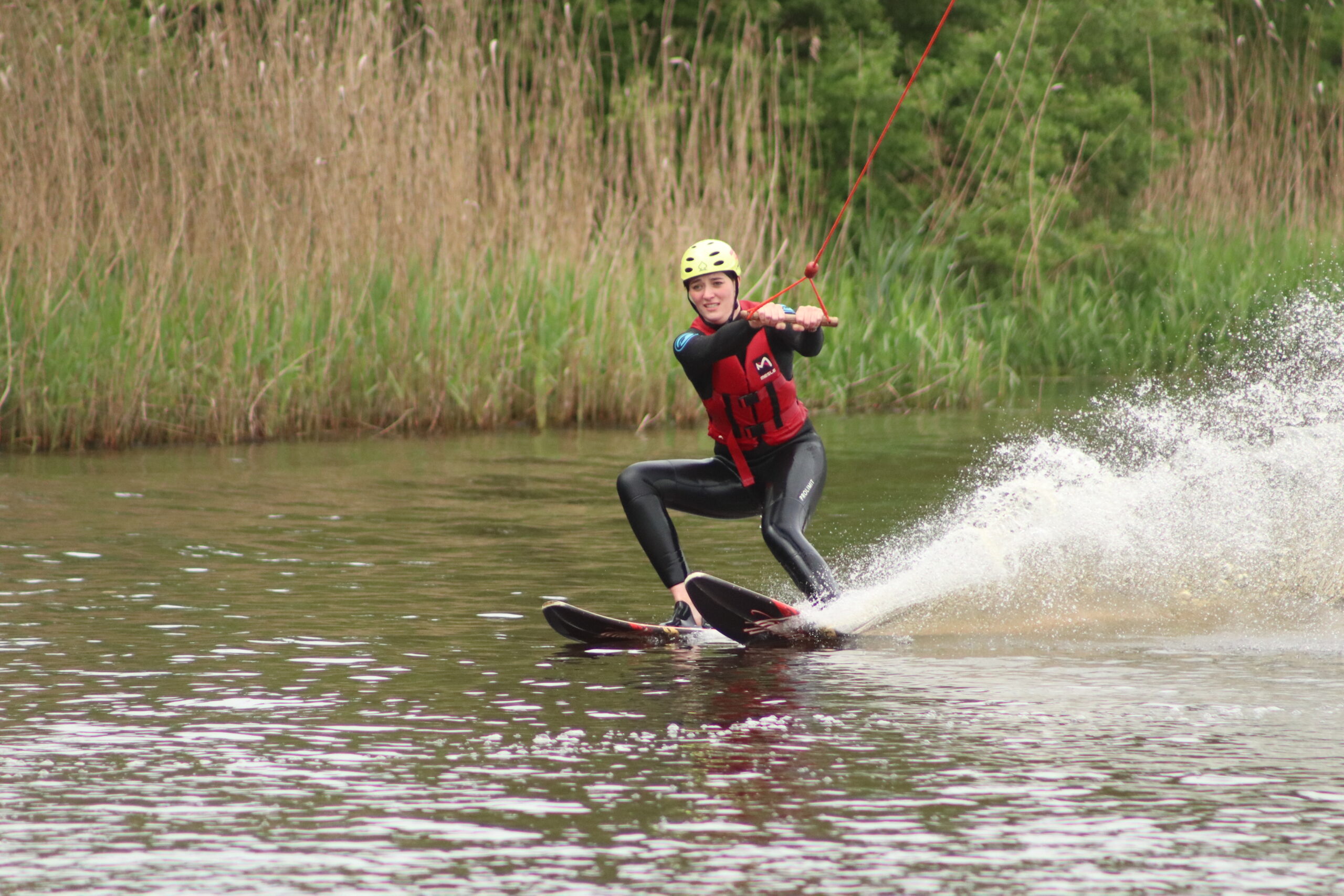 This year has been completely different from previous years due to the corona pandemic. With the exams and the end of the academic year in hindsight, it was time for some fun. Because of all the COVID-19 measures, a normal Weekend Trip unfortunately wasn’t possible. Instead, a “trip” of one day was organised, but that was just as fun!

We were divided into four groups. These groups were also linked to the sequence in which we had the activities. My group needed to be at the Grunopark at 10:30, which turned out to be quite a drive from the centre of Groningen. Eventually, we all had put on a wetsuit, because the first activity was water skiing! Some of us had more experience than others, but it was time for us to slide across the water. Luckily, the weather was quite nice. Even though a lot of rain was forecasted, we didn’t feel a single drop and there was even some sunshine at times. After we got the instructions on how to water ski, it was time to go for it. At first, some of us didn’t expect to be able to stand on the water skis, but eventually, we all managed to do it. It was also really nice to see that everyone was extremely fanatical about improving the time they could stand. Some even became overly optimistic and wanted to try the wakeboard, but they soon found out that it required a lot more practice…

After an hour we were done with water skiing and with the sore arms we got from holding onto the rope, we were all quite hungry. After we had a warm shower and got changed, it was time for lunch, which was facilitated by Broodje Ben.

Then it was time for the second and last activity of the day. We were expected at Binn’n Pret at 16:30, where we were going to play paintball! In the same groups as before, we put on an overall and we got our “weapons”.  It was team blue against team red and the goal was to capture the flag of the opponent while defending your own flag, without getting hit of course. Some of the boys needed to show their alpha behaviour, as they started attacking instantly, while others defended the flag. After playing some intensive games for an hour, it was time for a well-deserved pint of beer which also brought an end to the day and the Weekend Trip Alternative.

I would like to thank the Weekend Trip Committee for organising this amazing day!

← Previous: What is the price of CO2 and how can YOU change it? Next: Social engineering →